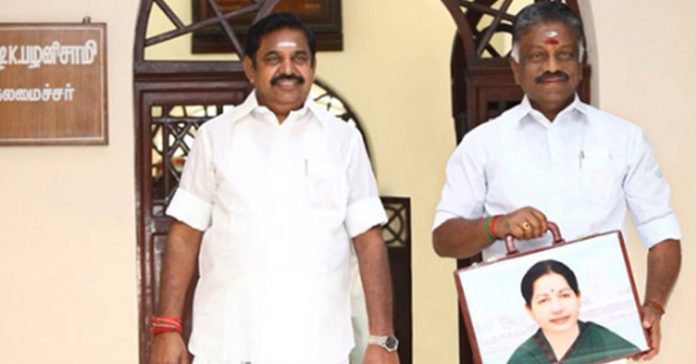 After the budget announcement was made by The Deputy Chief Minister, DMK members led by M.K. Stalin walked out of the assembly as they were not allowed to make a statement on the announcement.