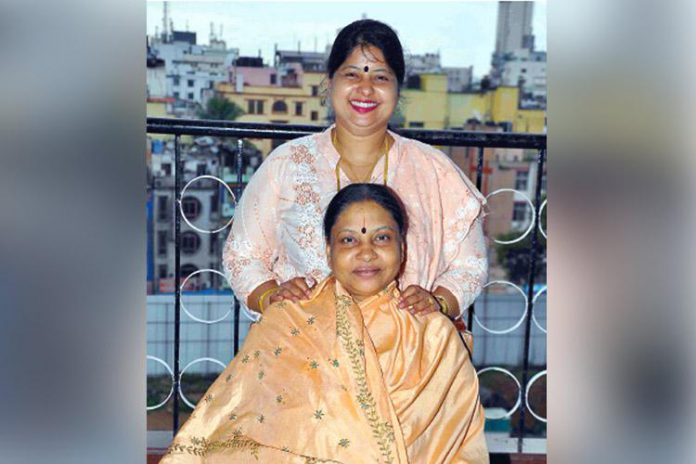 It has been nearly a year since former  chief minister J. Jayalalitha passed away. Soon after her death, some people claimed that they were the legal heir of the late Chief Minister. It was also rumored through social media that Jayalalitha had a daughter Called Shobana which was not proved.

And now, Amrutha Sarathy, 37, claims herself to be the biological daughter of the late CM. Previously, it was said that Amrutha’s mother, Shylaja is the sibling of Jayalaitha.

“It was upon the death of Late Ms. J. Jayalalitha that Amrutha came to know through the close family relatives who are LS Lalitha and Ranjani Ravindranath that she is in fact the biological daughter of Late Ms. J. Jayalalitha and thus, to ascertain the same, the Petitioners herein are seeking the remedy under Article 32 of the Constitution of India for a declaration of the same through an identifiable method to know the maternity i.e., through deoxyribonucleic acid test (hereinafter referred to as DNA Test) which is to be undertaken by any Institute of National repute to ascertain and establish the maternity of the Petitioner No.1,” states the petition.

But according to reports, It is a fact that Jayalalitha has only one brother, Jayakumar.

Amrutha states that when she was born August 14, 1980, at Jayalalithaa’s Mylapore residence in Chennai, an “understanding” was arrived at between Jayalalithaa and the family members that her birth would not be disclosed, to “uphold the dignity of the family as they belong to a very religious, orthodox and cultured Brahmin family” and her birth would come as a shock to everyone.

She says in her petition, “It was decided amongst the family members that the birth and adoption of the Petitioner No.1 will be kept as a secret and therefore all of them, viz., Late Mrs. Jayalakshmi, Late Ms. J. Jayalalitha, Late Mrs. Shylaja and her husband Late Mr. Sararthy took a promise in front of God and amongst themselves that they will not disclose the true facts and circumstances of birth of the Petitioner No. 1.”

“There was a photo of my mother hugging me. But somehow I lost it. I don’t have any proof right now to prove that she is my sister. But I am there. If you take my DNA test you will know. When I was 16 years old, my adopted father took me to the Kannada superstar Rajkumar uncle. As soon as he saw me, Rajkumar asked Damodaran, ‘Is this Sandhya’s daughter?’ To that, my father said yes,” Shylaja told JV in an interview dated long back.

Shylaja had claimed that she had met Jayakumar (Jayalalithaa’s brother) and his wife many times. She also added that Jayakumar’s daughter Deepa scolded her for not attending her dad’s funeral.

Significantly, in an interview to TNM last year, Jayalalithaa’s niece Deepa Jayakumar had called Amrutha a “fake”, stating, “I have no idea who this is. They are fake people. Most of them cropped up in 2002 claiming to be our relatives. I know my dad and mom’s relatives, and I don’t know of any Amrutha. I have seen her in some TV programmes recently.”

Deepa alleges that the Mannargudi clan had created these ‘fake’ relatives in 2002 to create confusion within the family.