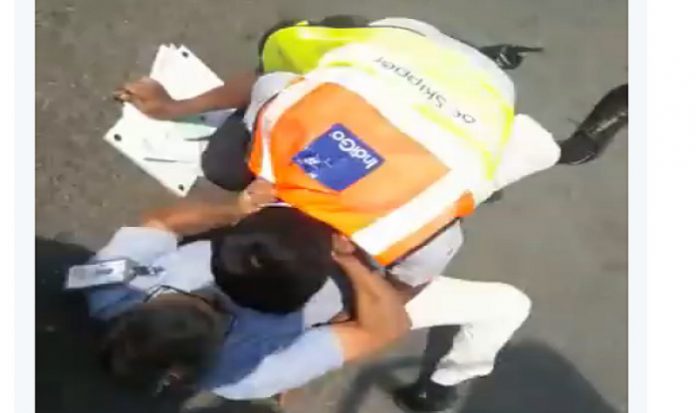 It is so atrocious that, a passenger was thrashed, pushed to the ground by IndiGo Airlines staff at Delhi Airport recently. The Civil Aviation Ministry has sought a report from the low-cost airline after a video of the October 15 incident went viral in the social media.

The passenger, identified as Rajeev Katiyal, claimed that he was manhandled by the IndiGo staff. “I was standing in the shade of a plane when a ground staff started shouting at me in a very rude manner. I asked him why don’t you arrange the third bus for which we are waiting. Meanwhile, when the bus came two people said let’s teach him a lesson and one of them pulled me out of the bus,” the passenger, identified as Rajeev Katiyal, told a television channel.

The airline has been asked to submit a report on the incident to the aviation ministry by Wednesday, after which the government will see what action needs to be taken, Sinha said.

“Whatever may have been the provocation, our staff were completely out of line and didn’t follow laid down procedures,” Indigo President Aditya Ghosh said. “Even while the investigation was going on we immediately suspended the involved employees.”
Check the video to know what happened at the Delhi airport

Kollywood’s Leading Producer Reacted To The Speech Of Ashwin !!