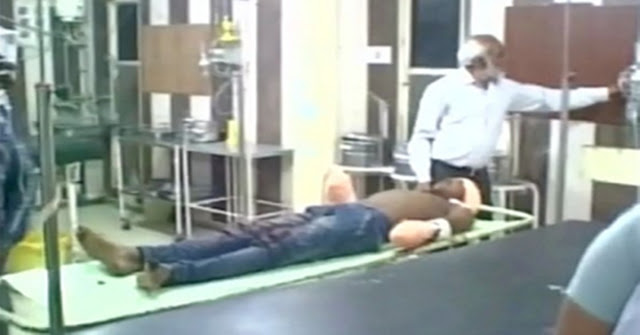 It is rightly said that a daughter is a father’s angel and he can do anything for her! This is what Parminder Singh did for his daughter, who was allegedly raped when she was 7 month old i.e. 2 years back in April 2014

He did something unbelievable!

The mother of the infant had found the 14 year old rapist molesting her daughter 2 years back. After that, Parminder had lodged a complaint with the police, after which the rapist was sent to a juvenile home. Now, on Tuesday, during the court hearing (Rama Mandi District Courts Punjab), Parminder decided to take revenge, but he took it in such a way that he fell into trouble himself. Singh approached the teenager rapist (now 17 years) and offered a bike ride to drop him to town, after the court hearing was postponed. Parminder also lured the rapist by giving him an out-of-the-court settlement offer. However, the rapist never knew what would happen next.

Insane treatment with the rapist!

Parminder took the rapist near a dry canal in Punjab, beat him mercilessly, tied him to the tree and chopped off both his hands. Now, the rapist doesn’t have anything below the wrists.

The locals immediately called up the police, and upon arrival, the rapist was taken to the hospital. The police have arrested Parminder now and have filed an attempt to murder case against him. But Singh says that he has no regrets and the police can even hang him!