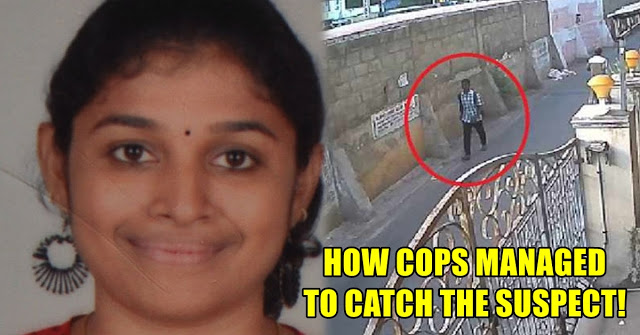 After days of questioning over 100 people, and with nearly 100 men of the city police force deployed to solve this case, the investigators were still hitting a dead end. Soon, the policemen hit the street, knocking on the doors of every house and shop in that area with a photograph of the suspect to find clues.
During the investigation, one of the police teams got an important clue. The watchman at the bachelor’s mansion at Saurashtra Nagar which was walking distance from Swathi’s house told the police that one of the residents who looked like him had been missing for a week.
There are reports that there were similar clues given at the place where he used to work nearby, but the details of his place of work are not clear at this stage.
The police also reportedly got the address of the young man at the mansion. Meanwhile, this matched with the data they had from Swathi’s call records. It had been switched off near her house.
The police also matched his movements with call record data on the day of the murder. The tower signals corroborated what the police suspected. Soon, a team was dispatched to his house in Senkottai in Tirunelveli, where the police apprehended him.
But when police approached him, he tried to slit his throat. He was rushed to the hospital where he had 18 stitches on his throat. He has been admitted to the ICU at the Tirunelveli GH.
His parents, brother and sister are in police custody.
What was the motive?
The motive remains unclear. While the police suspect he could have been a stalker, the investigators have clearly stated that they are yet to arrive at a conclusion.
When Swathi’s father K Santhanagopalakrishnan was approached by the media, he said that the family had no idea about the arrest until the police informed them, after the accused slit his throat.
source – TNM