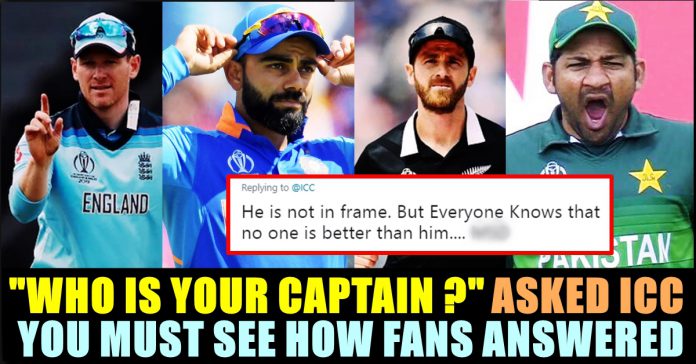 The world cup tournament is nearing its end and the champions are going to be either England or New zealand. Both the teams have never won world cup in before and it will be a historic win for the winning team which will be remembered forever. World cup winning favourites India and Australia lost to chances in the semi finals and the fans of both the teams seemed dejected since then. Now ICC’s twitter handle which is keeping its followers engaged with unique world cup posts came up with a post asking fans to comment their favourite captain who could captain the combined 11 of World cup team. 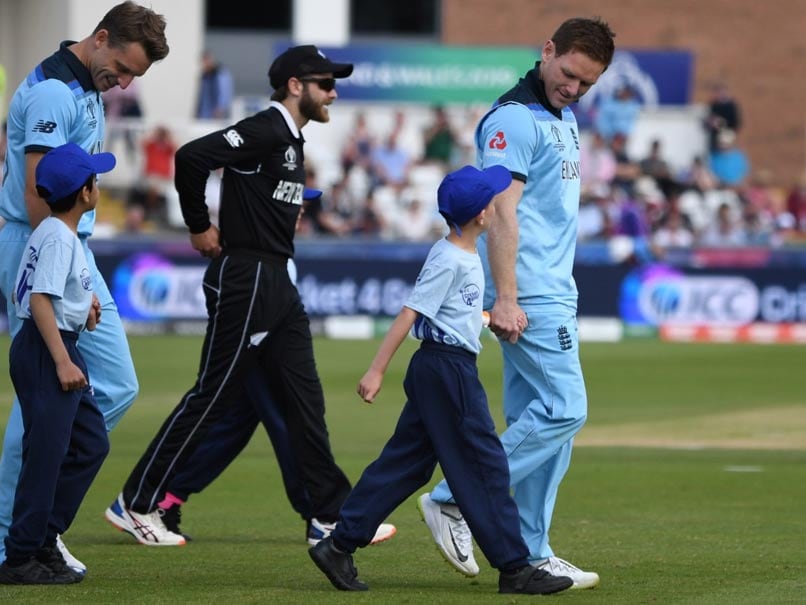 Their post said “The captain of my #CWC19 combined XI would be _____” with the pictures of captains from top 8 teams.

Many fans commented but most of their comments said a name which was not in the option that was given by ICC. The one whom most of them wanted to captain their combined world cup team is none other than Dhoni is now a player in Team India.

Check out some of their comments here :

Would have loved to pick undisputed leader #DhoniForever since he didn’t lead this time, picking #KaneWilliamson

No one can replace him.
Best Captain in cricket History.

When Team needs him.
He does all of the things which can for win pic.twitter.com/ZT6KLLv8tJ

He is not in frame. But Everyone Knows that no one is better than him…. MSD

One and only Mahendra Singh Bahubali AKA Thala pic.twitter.com/yngHitxgkA

Other than Dhoni, Majority of fans commented the name of Kane Williamson who is now captaining the New Zealand team. Virat Kohli was picked by a vast number of  fans as well.

MS Dhoni’s career started with a duck against Bangladesh on December 23, 2004. But he went on to become one of the greatest batsmen in history. In ODIs, MS Dhoni soon became an unstoppable force. It was, however, as India’s captain, that MS Dhoni made his mark on the cricket world. 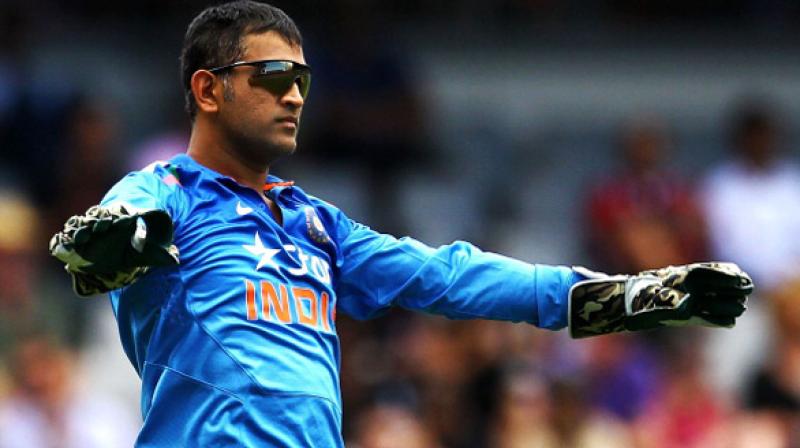 MS Dhoni’s cool demeanour and poker face in tough, pressure situations became part of cricketing folklore. Dhoni used his cricketing wits and smarts to help India win the 2011 ODI World Cup, 2007 T20 World Cup and Champions Trophy. No other man has captained his country to victory in all 3 ICC tournaments.

How about making him the captain again ?? Comment your views below !!