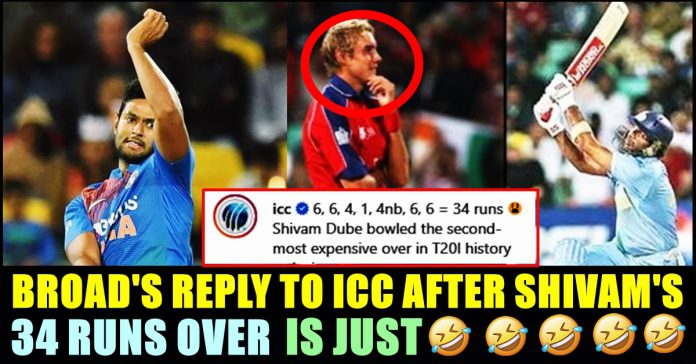 Team India clinched the victory against New Zealand’s Twenty20 series with a clean sweep. KL Rahul who is having a form of his life, got the Man of the series award. After losing four consecutive T20’s, New Zealand choked once again in the second half of the run chase from a comfortable position to lose the fifth and last T20I of the series against India by 7 runs in Mount Maunganui on Sunday.

The Men In Blue came back strongly in the death overs with Jasprit Bumrah, Navdeep Saini and Shardul Thakur picking wickets on a regular basis. Ross Taylor and Tim Seifert’s fifties had kept the Black Caps in the hunt but the 164-run target proved too big in the end for the hosts as they failed to register a single win in this 5-match series.

Though India won the series in style, the level of attention Shiva Dube, right arm fast bowler, is receiving for his one over is humongous. The right-arm bowler was hammered for 34 runs in an over by Kiwi batsmen Tim Seifert and Ross Taylor, which is the most expensive over ever bowled by an Indian across formats.

After this disastrous over, ICC’s official Instagram account came up with a interesting quiz contest. The caption which had the picture of Dube read “6, 6, 4, 1, 4nb, 6, 6 = 34 runs 😱 Shivam Dube bowled the second-most expensive over in T20I history today ! Do you remember the first?”

It didn’t take much time for fans to tell the answer for the questions ICC shot. In the inaugural world cup tournament of T20, Indian batsman Yuvraj Singh smashed England bowler Stuart Broad for six sixes in an over. many fans who saw this post commented his name and the best part about the post is that the pacer himself reacted to the post in a most hilarious way.

Broad simply wrote “Nope” with a humorous emoji. The single comment of the cricketer received more than 50, 000 likes so far and several reactions from the fans. Check out the screenshot of the reply here :

Watch the video of the historic incident below :

What do you think on this hilarious reply of the cricketer ?? Comment your views below !!