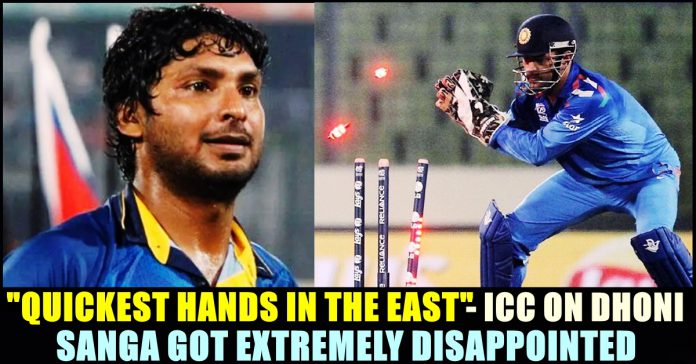 Official social media handles of International Cricket Council has been celebrating the birthday of former Indian captain Mahendra Singh Dhoni since the morning of Wednesday through video compilation of the multi dimensional cricketer. Around the morning, they came up with a post on some of the greatest calls made by Dhoni in International cricket which included Dhoni choosing Jogindar Sharma over Harbhajan Singh in the final over of the inaugural finals of T20 world cup, he promoting himself in the chase of 2011 World Cup finals etc.

“MS Dhoni: A tactical mastermind. Sit back and enjoy some of @mahi7781’s greatest calls as @indiancricketteam skipper 👨‍✈‍” ICC wrote as a caption for the post.

After that, ICC uploaded a post mentioning all the ICC trophies won by him throughout his career and made a beautiful design on himself holding all the trophies. “A very happy birthday to one of India’s greatest captains, @mahi7781 🎂 🔹 2007 @t20worldcup winner 🏆 🔹 2011 @cricketworldcup winner 🥇
🔹 2013 ICC Champions Trophy winner 🙌 🔹 17266 runs in international cricket”

They also made a special video of the final moments of 2011 world cup where Dhoni went for a maximum off Nuwan Kulasekara to finish things in style. “A special moment for @mahi7781, @indiancricketteam and one un/lucky cricket ball 🚀 #cricket #cricketworldcup #msdhoni” caption of ICC for this post read.

An exclusive post lauding the keeping abilities of the 40 year old surfaced in the timeline of ICC as well. They termed Dhoni as the “Quickest Hands in the east” imitating the Spaghetti Western films of Hollywood. Adding some of the best stumpings of the wicket keeper, ICC wrote “MS Dhoni: The quickest gloves in the east. One of the sharpest keepers in cricket history, @mahi7781 was on another level with the gloves” as its caption.

This selfless reply from the Srilankan cricketer impressed fans big time. “Cricket will be always be Gentleman/Gentlewoman’s game bcoz this Legend played it.” a fan lauded Sanga whereas another one said “Dhoni should login to his Twitter account and respond to at least this one tweet by saying- “No, You.”

Cricket will be always be Gentleman/Gentlewoman's game bcoz this Legend👇🏼 played it. https://t.co/rcV8KW6Ag7

This is so huge coming from Sanga himself. Day made😭❤️ https://t.co/IL4s8IthTD

This is why Sanga is the best Sri Lankan player ever. https://t.co/rK99iojPlN