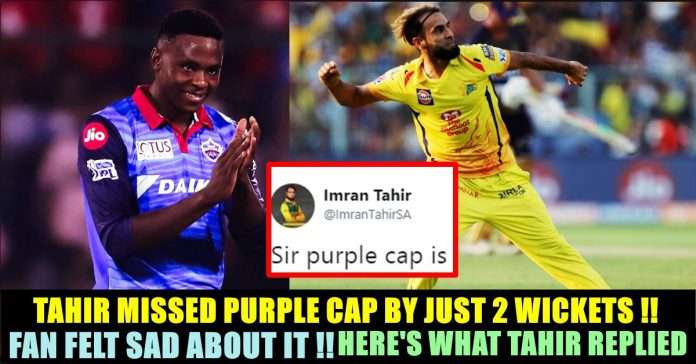 Chennai Super Kings leg-spinner Imran Tahir is three wickets shy of a Purple Cap in IPL 2019. The South African’s accuracy fetched him 23 wickets at an economy of 6.62; just two below his compatriot Kagiso Rabada who claimed 25 wickets before flying back home. 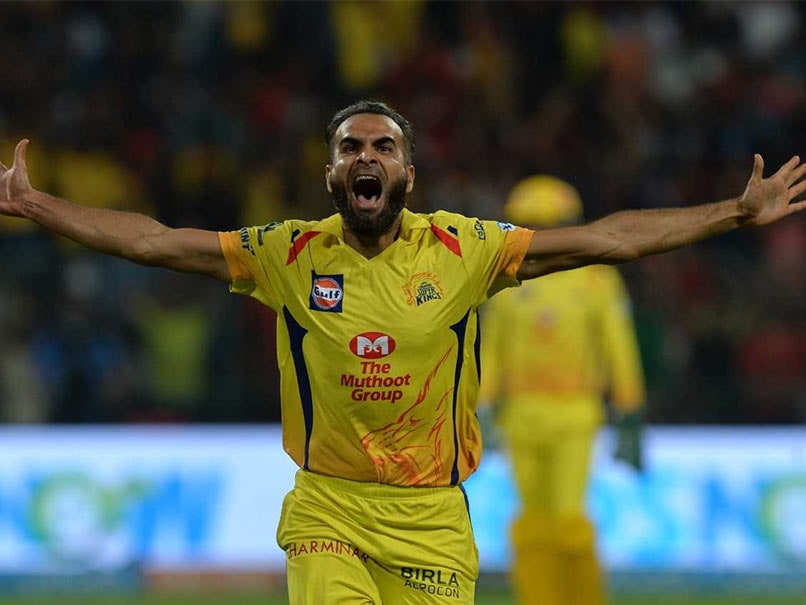 If Tahir picks up two wickets in the Qualifier II against Delhi Capitals in Visakhapatnam on Friday, he will join Rabada in the elite list. A wicket more will take him to the top as there are no contenders in the vicinity.

A back injury took Rabada out of the remaining games for the Capitals.

Tahir has a good record against the Capitals with five wickets in two games, which includes a four-wicket haul in Chennai. He had also trapped Capitals’ star batsman Rishabh Pant.

Meanwhile a fan expressed this in twitter and said that he feels disappointed on the same. In his tweet the CSK fan wrote “Very disappointed tat u missed purple cap today. But well done champ”

To this, the 40 years old spinner politely said that he is not playing for purple cap but for the team. He stated that purple cap was not in his mind one bit. tahir’s tweet read as “Sir purple cap is not in my thoughts one bit.All I wanted is my team to win.Thanks a lot for your support and love sir #yellove”

Sir purple cap is not in my thoughts one bit.All I wanted is my team to win.Thanks a lot for your support and love sir #yellove https://t.co/AeDr99dGvE

This won many hearts of the fans and they encouraged him to win the match for them in the finals :

@ImranTahirSA Sir..there’s not even a percent of selfishness with you..you made a great contribution to the team which I favour always..@ChennaiIPL ..best of luck for the finals ..and let your way of celebration continues in the finals too….😍💛

Tahir Anna you are truly such a modest being..you will soar higher..wishing u the best for the upcoming finals and I ll keep my fingers crossed for the World Cup..

Tahir I don’t know you much.. But the way u respond ppl whoever question u or suggest u is way osum 🙂 Nice attitude Sir.

What do you think on this selfless attitude of Imran Tahir ?? Comment your views below !!