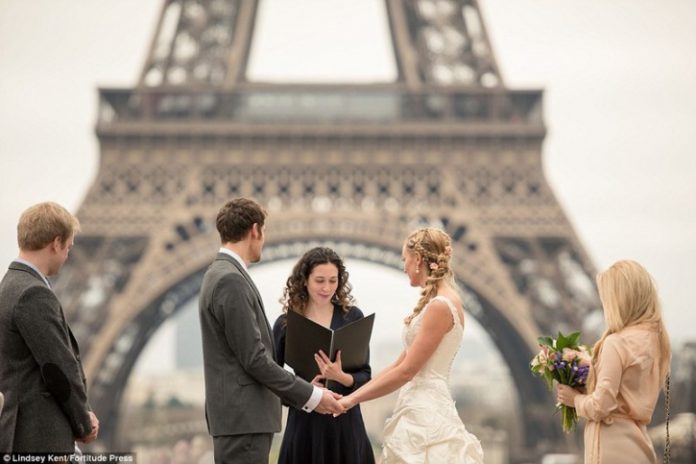 Soon after Amelia and Brett Irwin chose a date to get married, they were disappointed as Brett’s brother was getting married in the same month.
Instead, they used their wedding budget of  £10,000 budget to travel around the world, after a court marriage. 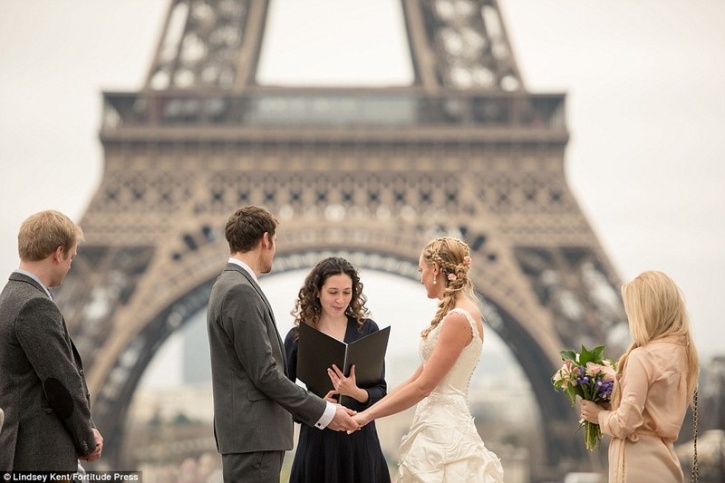 Amelia, an event planner, said: ‘Brett is South African so we had planned a hugewedding on safari in Africa but his brother and his girlfriend suddenly decided to marry in the same year. We decided to get married at a registry office before embarking on a month-long honeymoon. Then I suggested why not get married in each country on the way round so we could invite whoever would like to come.”

Their trip took them through world’s most exotic locales, including Paris, Moscow, Beijing and Nepal 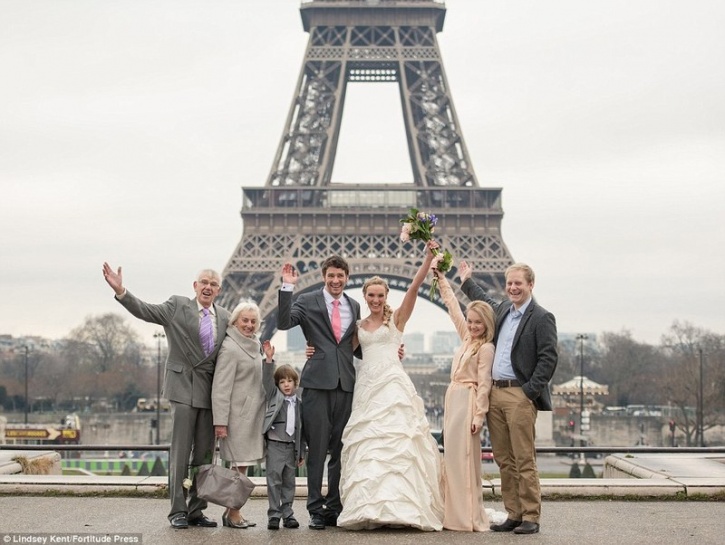 Turns out, travelling the world is cheaper than a wedding.   ‘It seemed perfect and was the answer to all our problems. We didn’t have to pay for others to eat, drink, and party and were able to spend the wedding money on ourselves while travelling the world.’ Amelia said. But it did mean carrying eight wedding dresses around the world. 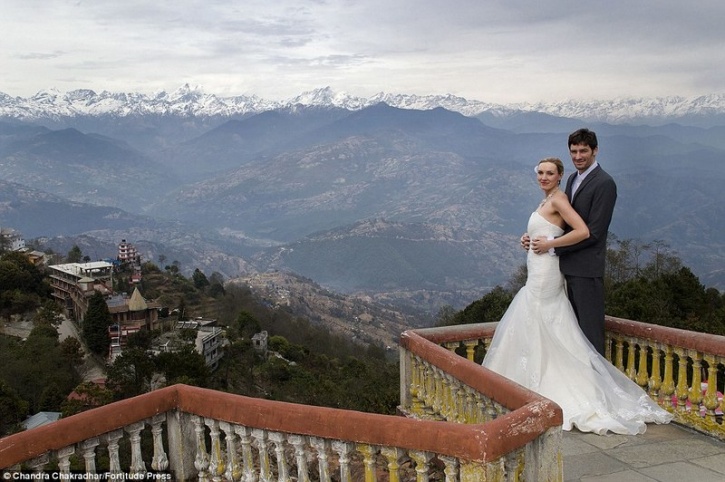 “’As we were in China we wanted to see the Terracotta Army and we both wanted to go to India.” 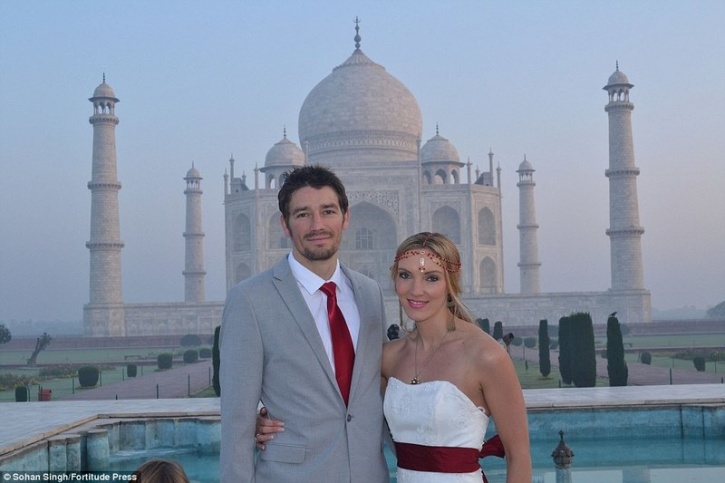 ‘We flew over Nepal and thought we might as well stop there too before flying from there to Delhi.” 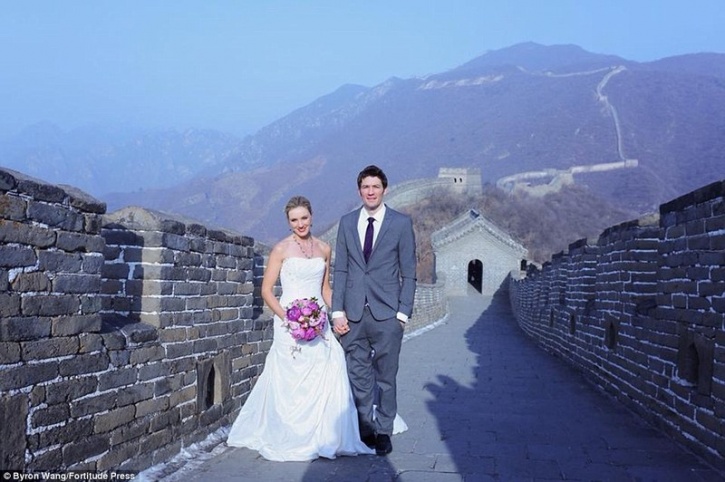 “At Monate game lodge in South Africa, the wedding coordinator did everything for me, from finding a florist, a make-up artist, a photographer and everything in between” 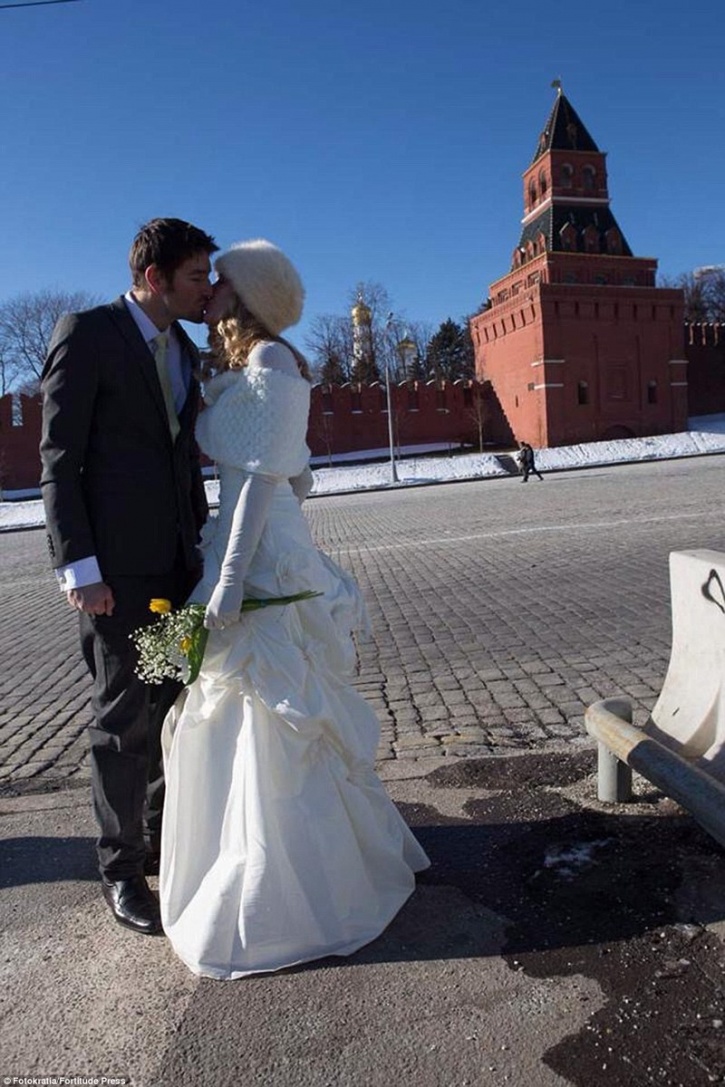 They ended the trip in South Africa, where Brett’s brother’s wedding was being held: ‘We could only get one month off work per year so we either had to miss their wedding and come to Africa for one month or cancel our wedding and attend theirs. 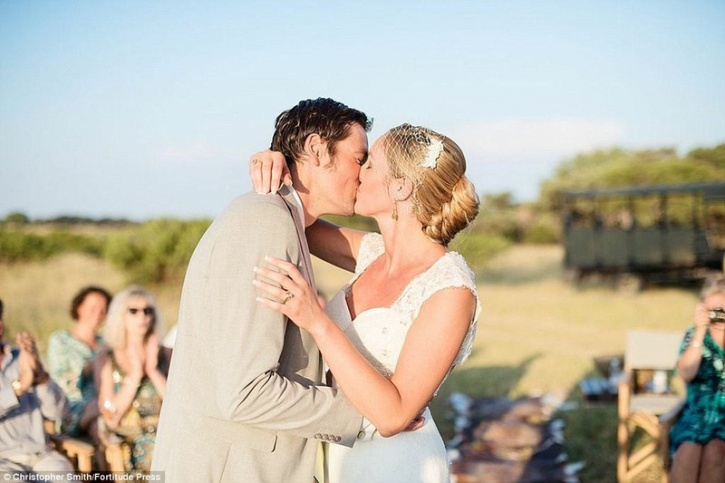 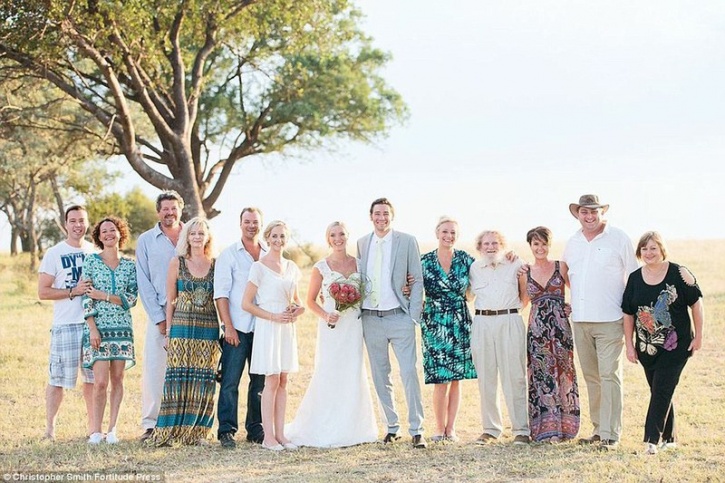