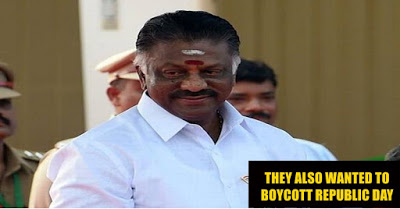 Making a detailed statement in the Assembly after Opposition Leader MK Stalin sought his explanation over the police lathi charge on protesters here on Monday, Mr. Panneerselvam said the police had received information that some of the protesters wanted to prolong the stir till Republic Day.

“What is the need for use of police force on people who were protesting peacefully,” asked Stalin. “There were a few who took part in the protest with Osama bin Laden’s portrait and the proof of this has been submitted to the Speaker,” he said. All measures taken by the government in the jallikattu row were explained to the protesters, Pannerselvam said.

“I promise that the evil forces behind the violence here on Monday would be identified and brought to book. The police used only mild force and acted only after information that some protesters wanted to prolong the stir till Republic Day,” said the chief minister.

Mr. Panneerselvam, who said the jallikattu ban was implemented in 2011 during the days of the UPA, in which the DMK was a constituent, also recalled the sustained efforts of his predecessor, late Jayalalithaa, and himself for the conduct of the bull taming sport. 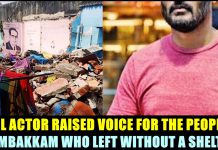 Tamil Actor/Director Raised Voice For The Residents Of Arumbakkam !! 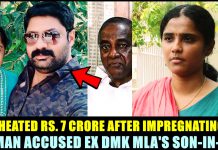