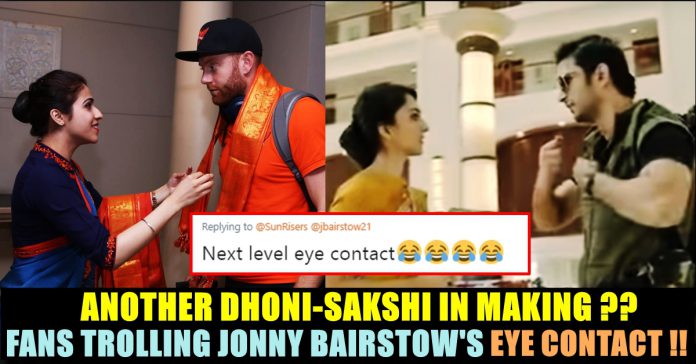 England’s Bairstow struck 114 from just 56 balls while Warner carried his bat for a 55-ball 100 in a record 185-run first-wicket partnership to post a mammoth 231 for two after being put into bat. Mohammed Nabi starred with the ball for SunRisers with figures of four for 11, while Sandeep (3/19) too was not far behind, scalping three wickets.

Bairstow punished RCB with 12 fours and seven sixes while Warner hit five fours and as many sixes in his 55-ball knock. Bairstow was finally out in the 17th over off Yuzvendra Chahal as he went for yet another big shot but only got the leading edge for Umesh Yadav to take a running catch. He reached to his hundred in 52 balls.  However his knock was recognised widely by the IPL fans and the fans of Sun Risers Hyderabad started. 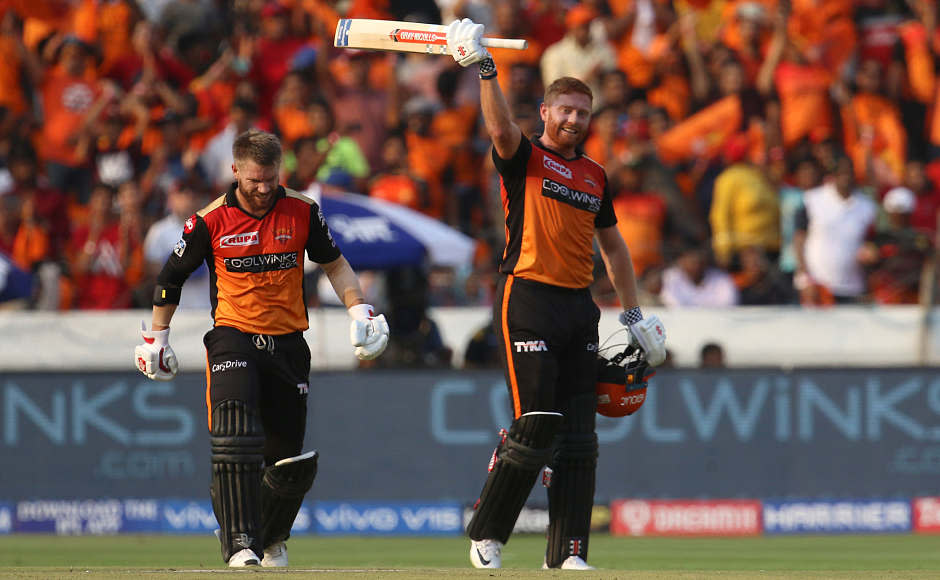 The Sunrisers have arrived in Delhi now and were welcomed by the hotel staff in a traditional way with an Orange shawl. Even Jonny Bairstow was welcomed in the same way as the official handle of the franchise shared the picture of Twitter. The eye contact between the welcoming girl and Bairstow made the twitter users go crazy. 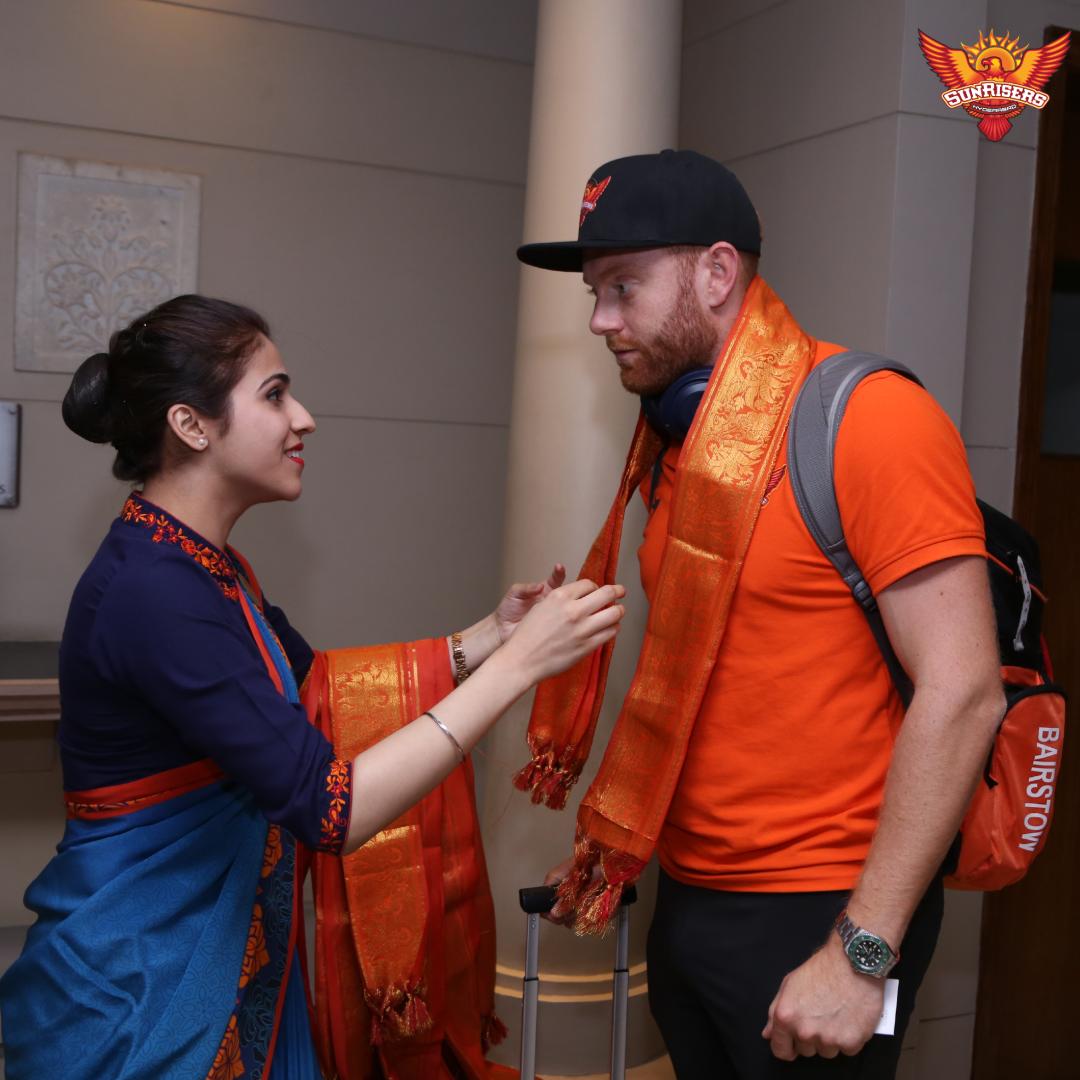 Their comments for the post of the Sunriser’s twitter handles were hilarious to the core to an extent they compared it to the real life story of Dhoni-Sakshi. The post of the Sun risers hyderabad contained the caption saying “The SunRisers have arrived at the Capital! It’s time for another #OrangeArmy takeover! #SRH #Delhi #VIVOIPL “

The SunRisers have arrived at the Capital! It’s time for another #OrangeArmy takeover! #SRH #Delhi #VIVOIPL @jbairstow21 pic.twitter.com/J40HU6LBgl

Check out the reactions here :

Looks like Johnny bhai fallen in love with her😂😂😍😍 @jbairstow21

Why they are looking at each other like this🙈

What do you think on these comments of the fans ?? Commnet your views below !!