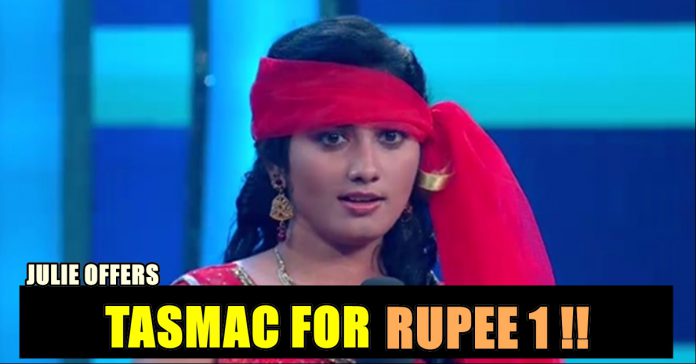 Juliana, is the contestant of Bigg Boss tamil reality show. She was prominently known for her appearance during Jallikattu Protest in Marina beach. With the fame of Jallikattu protest, She made an entry to television with Bigg Boss. With the fame of Bigg Boss, She made an entry to Tamil cinema industry and play the lead roles. Now Julie is casting in the couple of Tamil movies in supporting roles and also plays a lead role as a journalist in an upcoming Tamil movie titled Uttami. She recently uploaded a couple of videos in her twitter account where she hold a empty tumbler and pretend like drinking something. While doing this gimmick she also announces a biggest announcement of her life which she believes that her decision is going to change the fate of tamilnadu. She made a statement on initiating a political party.

Big Boss Julie Just Abused Her Followers In Bad Words : Twitter Censored It !! : Check Out Yourself !! Now , recently she uploaded a video in which she makes offers for the Tamilnadu people like veteran politicians. She says that she is offering 1 lakh for 1 vote, free washing machine AC for every residents of tamilnadu, 1000 Litre water everyday, High quality education and medical facility, and she also says Tasmac for rupee 1. She also ends the video by confidently promising that she is going to meet the Tamilnadu people soon with 1000 more election promises.

What’s your views on Julie’s series of videos?