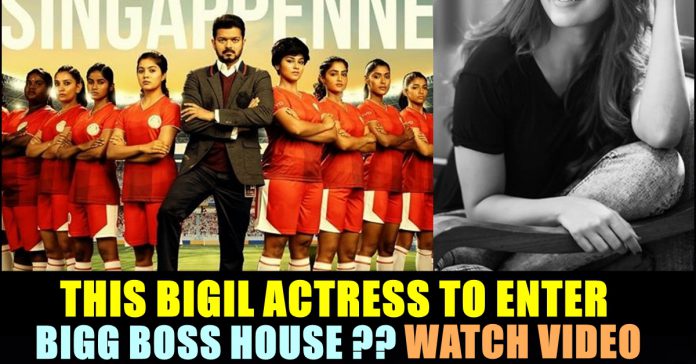 Big Boss 4 is all set to stream from the first week of October month and the makers of it are busy producing promotional videos for it by having actor Kamal Haasan as the main man. Speculations on the 14 participants are doing rounds in social media platforms. So far, it is highly believed that actress Kiran and “Ispade Rajavum Idhayaraaniyum” fame Shilpa Manjunath are participating the show as two among the 14 contestants.

In the first promo which was released weeks earlier, had Ulaganayagan Kamal Haasan in salt and pepper hairdo associated with thick beard and handlebar mustache look. He suggested people to start working by following the new norms and added that he is going to initiate it himself by starting to work for the fourth season of Bigg Boss.

In the latest promo video, Kamal said that he will encourage good things and would condemn bad deeds of people. Watch the video below :

As far as the 14 contestants are concerned, Sunaina, Ramya Pandiyan, Anchor Manimegalai, Model Sanam shetty are the top names that are doing rounds.

However, Sunaina and Sanam Shetty have rubbished the rumours through their social media account. “I wonder who is going to finish my films if I go be a part of a reality show. Never wanted to be a part of any reality show. Thank you.” Sunaina said in her tweet whereas Sanam shetty also informed her followers that she is not going to take part.

Now, during the chat session with her followers, actress Amritha Aiyer who is known for appearing in the recent blockbuster “Bigil”, was questioned by one of her follower whether she is going to take part in the show. Without completely denying her participation, Amritha said that she wants the news to stay as “suspense”.

“Therila . . Suspense-ahve irukattum” the actress said in the selfie video she uploaded as her Instagram story.

This answer from her actress made the fans to believe that she might be going into the house and the talks regarding payment and participation between herself and Bigg Boss management is currently going on.

Actress #AmrithaAiyer replied ‘Terila suspense ah ve irukattum’. Which means she has not accepted but most importantly she didn’t declined also. I hope she will be in. #BiggBossTamil#BiggBossTamil4 ❤️❤️❤️ pic.twitter.com/SjzOeRYfgn

It is notable that Kavin with whom she shared screen space in her upcoming film “Lift” has participated as a contestant in last season. Comment your views on Amritha participating in Bigg Boss 4 !!