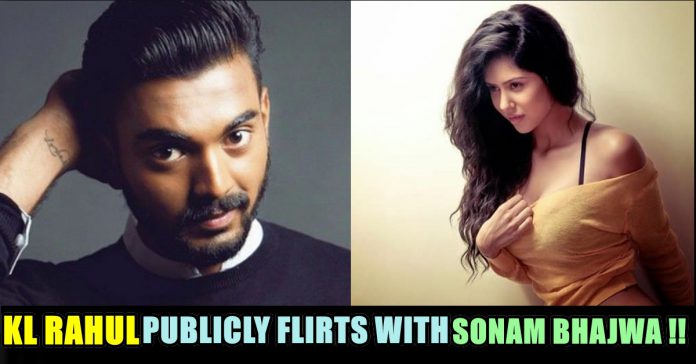 Stories started to cook as soon as Indian batsman KL Rahul commented on actress and model Sonam Bajwa’s picture which she shared before her date night. KL decided to flirt with Sonam once again and this time it was on Instagram. Sonam shared a picture of her and wrote, “Watching sunset and thinking of you ♥”. While it is difficult to guess who is ‘you’ here, Rahul’s comment gave us a hint. “Just a call away @sonambajwa,” wrote the Indian opener. Earlier, there was a rumor that Rahul is dating Bollywood actress Niddhi Agerwal. But the rumors were snubbed by both the celebs, saying they are just friends and know each other for long.

Watching sunset and thinking of you❤

Things aren’t clear between Rahul and Sonam but internet already believes the two are dating each other.

Rahul is currently in Ireland with the Indian team for the T20I series.