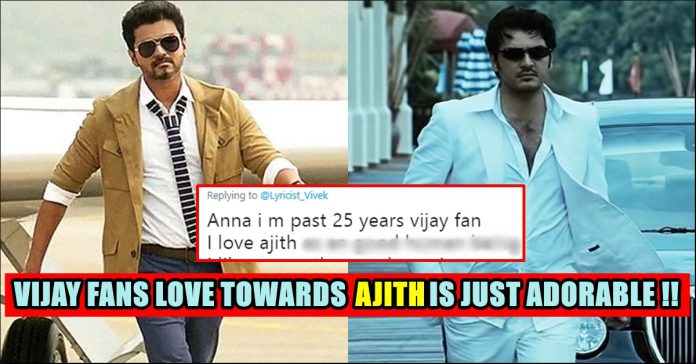 Within a short span of time, Vivek has started working with almost all the leading music directors of Tamil cinema including Anirudh, AR Rahman, Yuvan Shankar Raja and Harris Jayaraj.

Vivek is now the much-sought-after lyricist in K-Town. The young talent made his debut with Siddharth’s Enakul Oruvan in 2015, and in a matter of three years, he has become a leading song-writer in the Tamil film industry. 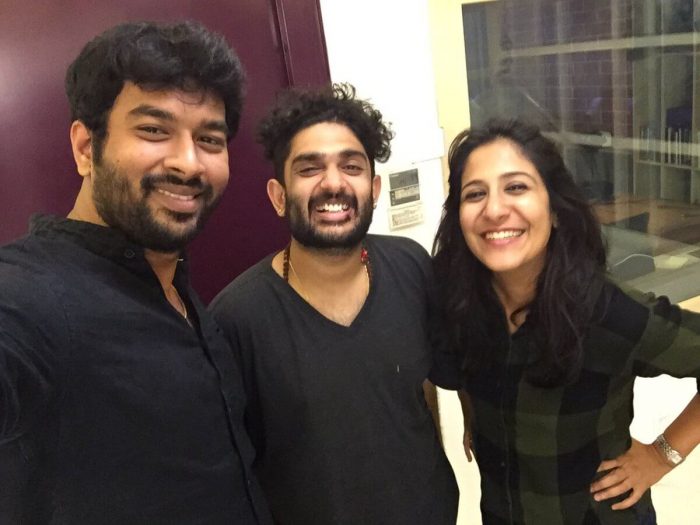 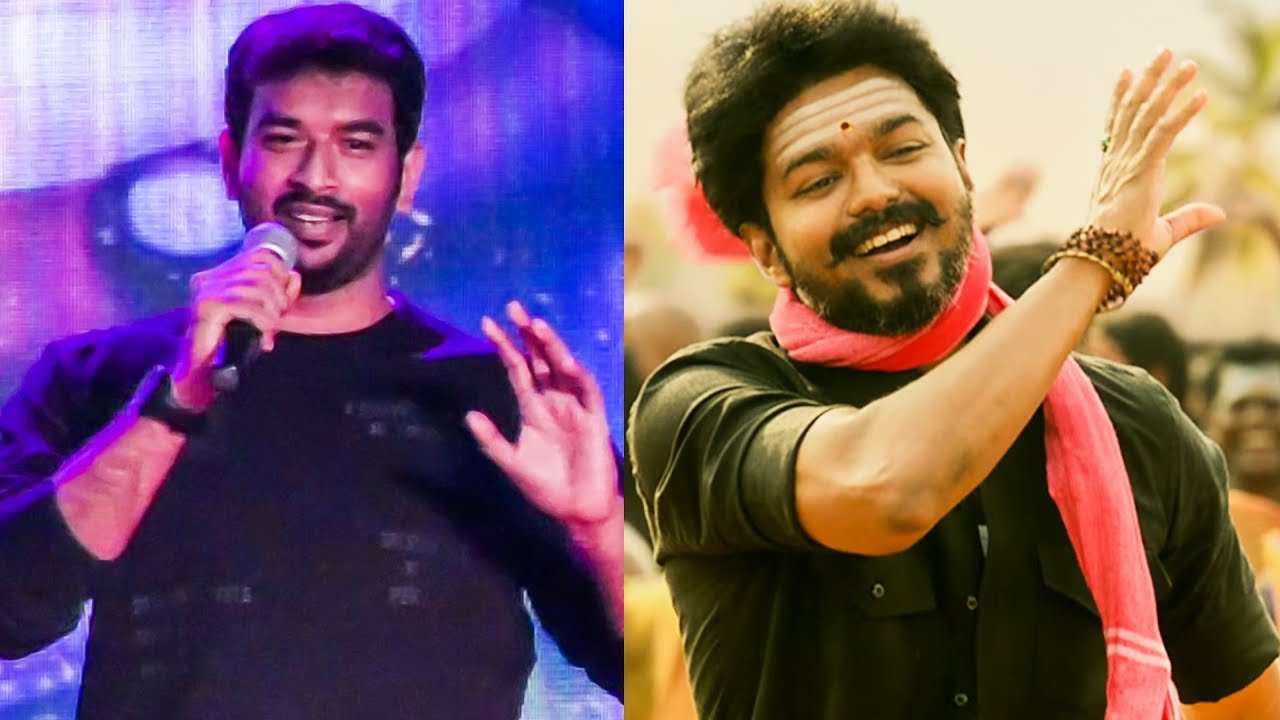 Other than that the lyricist is so interactive with his followers in social media platforms, especially with the fans of Thalapathy Vijay. Fans of Vijay always poured love on him for being so friendly and responding to almost every of them. To an extent for the first time Vijay fans started fans club for this luckiest Lyricist. 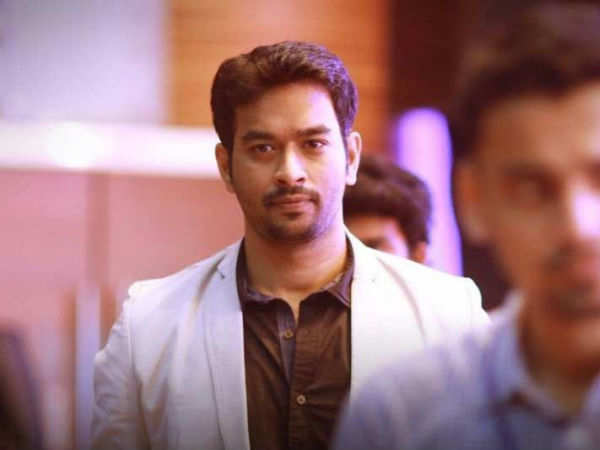 As he is owning the unconditional love of fans, Vivek decided to use that in agood cause it seems. One tweet from him united many Ajith, Vijay fans yeserday which is now a history.

For this tweet of him many Vijay fans stormed into the comments sections and answered the question appropriately without trolling or hating each other. The love story does not ended there, many Ajith fans replied to Vijay fans and thanked.

Check out some of the comments here :

Anna i m past 25 years vijay fan
I love ajith as an good human being
I like mangatha ,varalaru ,viswasam ,billa ,veeram ,mugavari ,vali ,villain ,attagasam

@Lyricist_Vivek :: I am thalapathy fan for the past 20 years…. I love vijay as an actor and Ajith as a human being.

This is such a good and commendable initiative na❤️❤️ you just earned so much more respect na, great going and so thoughtful of you at this moment where fan fights are dominating 😎😇 hope this will bring at least the slightest chg in the human in us na❤️ thank you for trying🙏

Not only me most of us😍#peace_bro

-Only Thalapathy fans must answer

What do you think on this kind gesture of Vivek and the answers from Vijay fans ?? Comment your views below !!