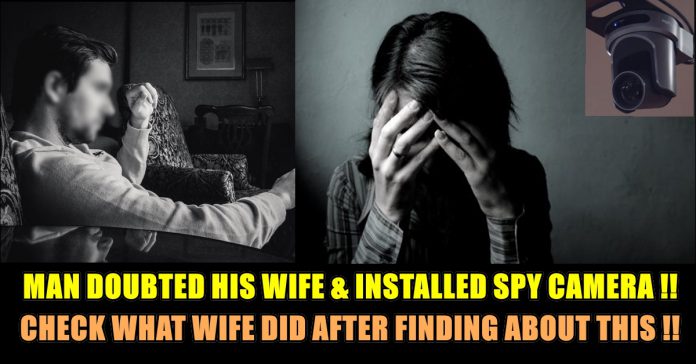 A man having a strained relationship with his wife allegedly installed a spy camera on a water purifier in their Kalepadal flat for secretly recording her movements at home.

The incident occurred between January 22 and 26. About four months on, the woman, a techie, lodged an FIR against her husband, currently based in Bengaluru, after she discovered that the camera was recording her images. The Wanowrie police on Monday booked the man for allegedly spying on his wife. The couple has a 12-year-old son. The relationship between them turned sour after the man began suspecting the character of his wife after returning from abroad. He started harassing her physically and mentally, too. Sub-inspector Rekha Kale of the Wanowrie police said, “After the man returned from abroad, he started staying with his wife at their Kalepadal flat. They stayed together for around eight months, but things did not go fine. The man then shifted to his parents’ place in Bengaluru, but often visit the Pune flat on weekends to meet his son.” During one of his visits, the man installed the spy camera on the water purification machine in the bedroom of their flat because he suspected the character of his wife. The woman discovered the camera much later while changing clothes. Kale said, “The woman initially filed a complaint application at the police station. An inquiry was conducted and an offence under Section 354 (C) [voyeurism] of the Indian Penal Code was registered.”