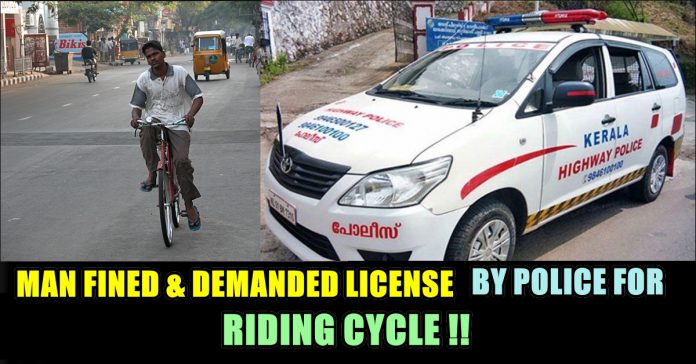 Do you need a license to ride a bicycle on the road apparently yes! at least according to Kerala Police you do. Not just that you can even in overspeed on the road with a bicycle!

Kasim, a UP resident living in Kerala’s Kasaragod district learnt it the hard way this week when he was pulled up by highway Police in Kumbala. 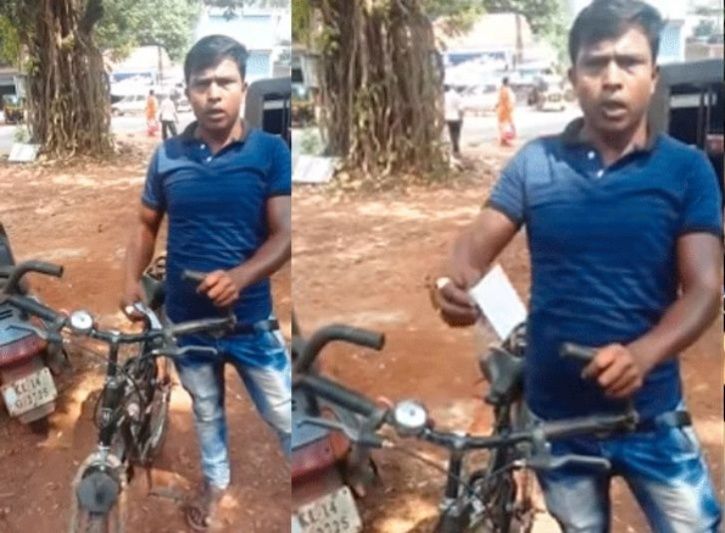 Claiming that he was overspeeding the cops asked Kasim to pay a fine of Rs 2,000. But after the migrant worker whose daily income is Rs 400 said he did not have the money, the cops gave him a challan or Rs 500. They also allegedly flattened his cycle’s tyres.

But, on the receipt given to Kasim, the cops have mentioned a vehicle’s registration number, which turned out to be of  scooter owned by a woman. 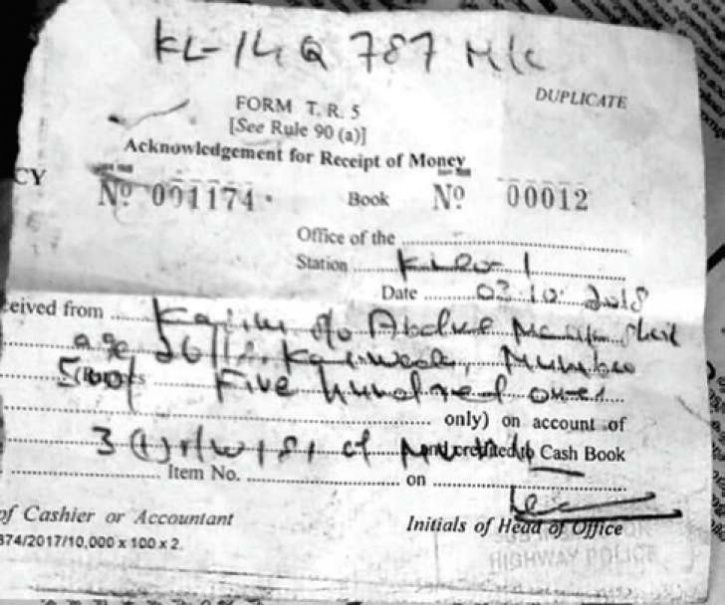 The incident which happened on Wednesday and came to light after Kasim posted a video on social media describing about it. 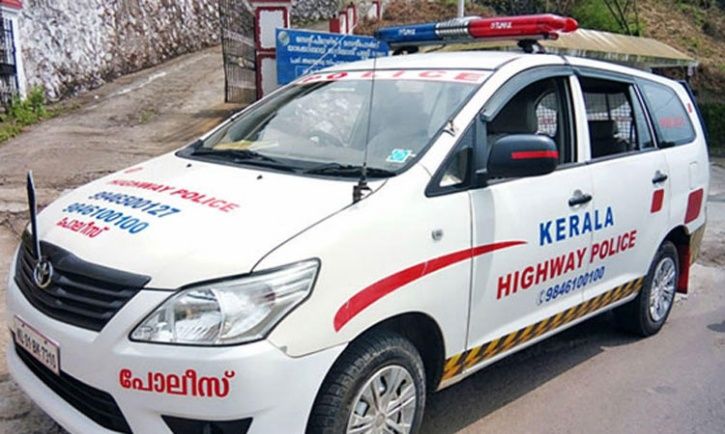 Taking note of the incident which has since been widely criticized on social media, the District Police Chief ordered a probe into it. According to local media reports, the probe has found the SI guilty and he is likely to face departmental action.