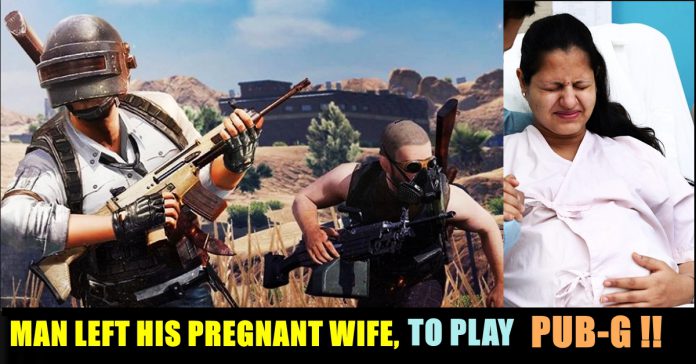 PlayerUnknown’s Battlegrounds, which is popularly known as PUBG, has become a sort of rage with online gamers all around the world. While its popularity doesn’t seem to stop growing, PUBG addiction has also become a highly debatable topic, especially in India. In a recent development, it has now been reported that a man has left his pregnant wife due to his addition to the online game PlayerUnknown’s Battlegrounds or PUBG.

A Malaysian man is missing from his home for nearly a month now after he left his family, including 4 months pregnant wife, because of his addiction to PUBG. The man probably wanted to play the game without any interference so he walked out of his house one day and never returned. The man reportedly left his wife after he was “disturbed” by his family from completing his daily PUBG quota. The report about the man leaving his family because of PUBG addiction came out on a website called World of Buzz, and it is apparently based on a Facebook post made by the man’s wife. The post, made in Malay language, noted that the man left his family after his wife scolded him for playing PUBG all the time and for neglecting his work and responsibilities.

His PUBG addiction led to arguments between the couple since the man was reportedly staying up all night in order to play PUBG while also neglecting the responsibilities towards the family.

The report further states that the man made a choice and eventually decided to leave his family as he couldn’t bear to stay away from the PUBG game. This comes after an 11-year-old boy in Maharashtra moved the Bombay High Court seeking a ban on PUBG on grounds of the game being harmful and addictive. In another report, a gym trainer ended up in the hospital due to his addition to PlayerUnknown’s Battlegrounds.

Meanwhile, Rohan Khaunte, the GOA IT minister, has said on Sunday that there is a need to pass a law in order to curb PUBG. The minister said that PUBG has become a “demon” in every house while students are neglecting their studies since they are so engrossed in playing PUBG Mobile online.

In India, PUBG MOBILE is played by millions of smartphones users, including young teens. Earlier, a fitness trainer in Jammu was hospitalised after it was reported that the man’s addiction to PUBG left him in trauma and he started punching himself. A few weeks ago, there were reports that an 18-year-old boy in Mumbai hanged himself after his parents refused to buy him an expensive phone for playing PUBG.

It should also be noted that Gujarat government has recently issued a circular which states that district primary education officers (DPEOs) will have to take necessary step in order to ban students from playing PUB-G in primary schools.