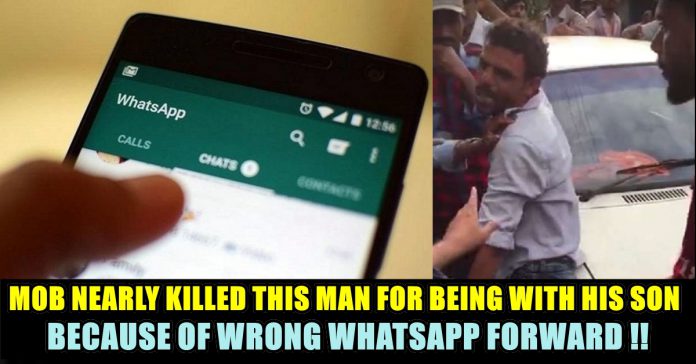 In yet another incident fuelled by fake messages forwarded on WhatsApp, a 30-year-old man was trashed by a mob over suspicion of he being a child lifter.

The incident took place in Mangaluru’s Ujire when the victim identified as Khalid was travelling with his two-year-old son in an auto, reported News18. According to a report, two passersby on a bike noticed that Khalid’s son was crying, and they followed him to a local restaurant where he had gone for tea. They confronted Khalid about the crying toddler, but when they could not get a proper answer, they started beating Khalid and branded him as child lifter. The victim repeatedly said that he was a father of a crying toddler, but no one listened to him. He was rescued only when police intervened after they received a call. The police took Khalid to the police station and when his wife confirmed that he was indeed the father of the child, he was then let go.