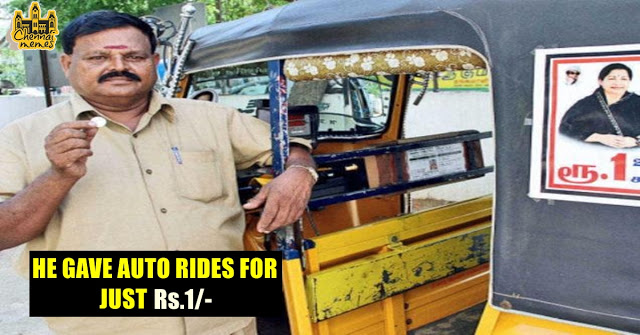 Hours before Tamil Nadu could see a new government and hear its promises, out on Coimbatore streets with promises of Re. 1 a ride was autorickshaw driver R.M. Mathivanan.
The AIADMK loyalist says he offered Re. 1 a ride to passengers in the city from 6 a.m. to 6 p.m. on Monday to celebrate ‘Amma’ Jayalalithaa swearing in for the sixth time as Chief Minister. “It is my way of sharing the joy,” says the 61-year-old driver. He took the cue from her Re.1 an idli scheme in Amma Unvagam budget eateries, he adds.
He had planned it a day ahead. “I prepared three stickers to be stuck on the three sides of the vehicle to attract customers’ attention.”
Since morning, Mathivanan had had 120 customers, including a few who shared rides. Some of them just refused to believe that he charged Re. 1. “I had a customer who boarded the autorickshaw near the AIADMK office on Huzur Road and asked to be dropped off at airport. I charged Re. 1 but he refused to believe me.”
The driver then had to explain why he was doing so and then bring back the customer to reality. “And, when I did so, what followed was a selfie session. In fact, there were many selfie sessions.”
Mathivanan had been with the AIADMK since M.G. Ramachandran broke ranks with DMK leader Karunanidhi in the early 1970s to launch the Anna Dravida Munnetra Kazhagam. “I was an MGR fan and therefore the party loyal was a natural consequence.”
This is not the first time that he is doing so to celebrate Ms. Jayalalithaa’s victory. On the day of results on May 19, he lit firecrackers and distributed sweets to members of the public. He has done so on several occasions in the past, says the driver of over 30 years.
The SIHS Colony resident is married and has two daughters, both of whom he had married off. 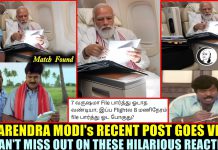