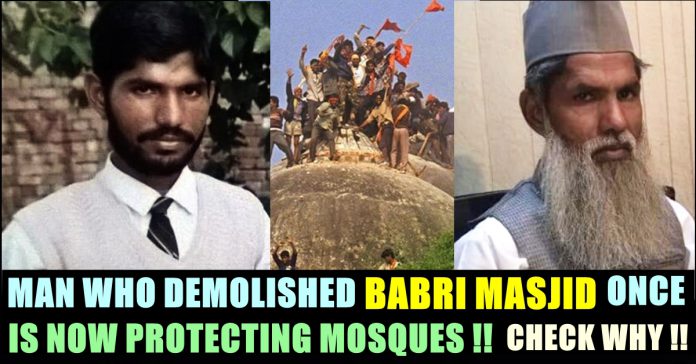 he Supreme Court on Saturday pronounced its verdict on the Babri Masjid-Ram Janmabhoomi title suit, clearing the way for the construction of a Ram temple at the 2.77-acre disputed site in Ayodhya. A Supreme Court Constitution bench led by Chief Justice of India Ranjan Gogoi dismissed the Shia Waqf Board’s petition to be considered an appellant in the case as well as the claim of Nirmohi Akhara.

The Supreme Court order recognised the deity Ram Lalla’s title rights to the disputed 2.77-acre Ayodhya land and directed the government that a trust be set up to manage the land’s affairs, paving the path for the construction of a Ram temple. The Supreme Court has directed that the Sunni Waqf Board be given a five acres of land in Ayodhya for the construction of a mosque.

“I am a Rajput. I was born in a little village close to Panipat,” Says Amir. “My father, Daulatram, was a school teacher and a man of deep Gandhian leaning. He had witnessed the horrors of Partition, and went out of his way to make the Muslims in our area feel secure. He had wanted me and my three elder brothers to do the same.” he added.

“When I reached my home town Panipat after that ( Demolition) I was given a hero’s welcome by the people,” Aamir said. “But at home, my family’s reaction shocked me. My secular family denounced my actions. I had participated in the kar seva because I felt strongly about it, but I realized later that I was wrong.” said Aamir according to reports. “I realized that I had taken law in my hands and violated the constitution of India. Guilty, I embraced Islam.” he added.

For the uninitiated, On 6 December 1992, a large group of Hindu activists of the Vishva Hindu Parishad and allied organisations demolished the 16th-century Babri Mosque in the city of Ayodhya, in Uttar Pradesh. The demolition occurred after a political rally organised by Hindu nationalist organisations at the site turned violent.

On 6 December 1992 the VHP and the BJP organised a rally at the site involving 150,000 volunteers, known as kar sevaks. The rally turned violent, and the crowd overwhelmed security forces and tore down the mosque. The demolition resulted in several months of intercommunal rioting between India’s Hindu and Muslim communities, causing the death of at least 2,000 people.

Mohammad Amir who was married to a muslim woman, was ready to testify infront of concerned authorities and is ready to face the punishment. He was running a school to teach islam. And he has built 90 + mosques so far along with Mohammad Umar.