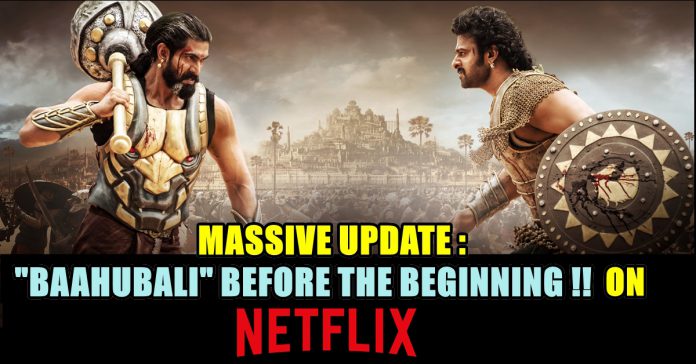 On Thursday, global streaming giant Netflix announced a two-season prequel to the Telugu blockbuster Baahubali. Titled Baahubali: Before the Beginning, it is based on the book The Rise of Sivagami, written by Anand Neelakantan. The move comes following the success of Baahubali: the Beginning and Baahubali: the Conclusion, with Netflix buying the rights for both for streaming.

Netflix has said that season one of the prequel will have nine episodes based on The Rise of Sivagami. “This (prequel) series captures Queen Sivagami’s journey from a rebellious and vengeful girl to a wise and unequalled queen. Power, politics and intrigue find themselves juxtaposed against the rise of Mahishmati – from being a city-state to an empire. This is the rich backdrop and drama where the Baahubali franchise is set,” the streaming giant said. The character of Sivagami was played by Ramya Krishnan in the two films.

The series will be directed by Deva Katta and Praveen Sataru. Deva Katta has directed Prasthanam, Autonagar Surya and Dynamite, while Praveen has directed PSV Garuda Vega, Guntur Talkies and Life Before Wedding. “The Baahubali series made a huge impact with its unique way of storytelling. This prequel promises to amp up the excitement of all the Baahubali fans. I am really honoured to be part of this project and be able to work with Rajamouli sir,” Deva Katta earlier said.

Netflix has partnered with Arka Media Works and SS Rajamouli, who produced and directed the two films respectively.

“The films Baahubali -The Beginning and The Conclusion, are from one story set in this world and more dramatic stories were broadly conceived while building the universe. The Baahubali Series, a prequel to the films, is one such story. I am very excited that this is being adapted as a Netflix Original Series,” Rajamouli said.