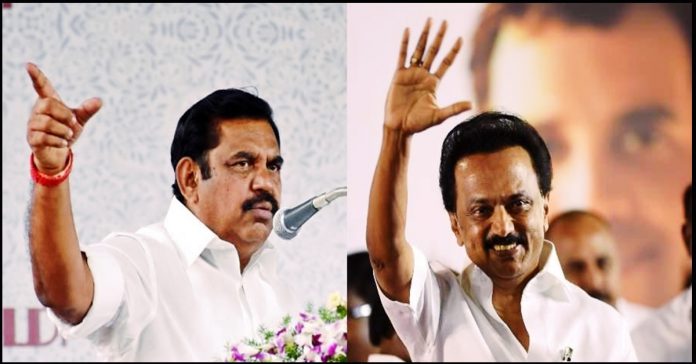 On Sunday, a poll of Democracy Network and Ungal Kural said that the AIADMK led alliance has an edge over the DMK alliance due to the strong performance of them in the Kongu region and the incremental accrual of votes due to its alliance partners in the Thondai region. The survey was conducted from March 12 to 19 to more than 80,000 people.

Chief minister Edappadi K Pazhaniswamy and the Leader of opposition MK Stalin are actively involving in campaiging for their respective political parties in order to win the upcoming Tamil nadu assembly elections. They who realized that there is no “next time” for them, are conducting rallies, campaigns, meetings etc.

AIADMK’s farm loan waivers and benefit programmes, schemes such as internal reservation for Vanniyars, name change of Devendra kula Vellalar have helped the ruling party to gain support from the public, suggested reports according to The Economic Times. It was further reported that the presence of Kamal Haasan’s political party MNM could affect the DMK alliance as the newly launched party is taking away some of the traditional votes that belongs to the primary party of opposition. It is believed that the votes that are going to be casted against the AIADMK party is going to benefit MNM instead of DMK.

As per the opinion poll, AIADMK will win 122 seats, closely followed by the DMK at 111 seats. The T T V Dhinakaran led AMMK could win a solitary seat. The plans and schemes implemented in the Kongu and Thondai region have benefitted the ADMK, says reports based on the Poll. The opinion poll concluded that ADMK is heading towards victory in their battle against DMK.