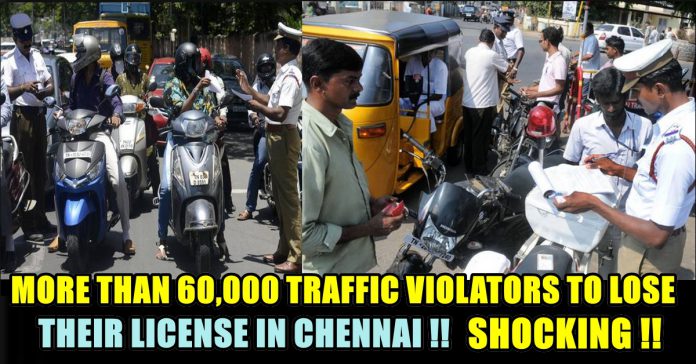 The Chennai Traffic Police has asked all regional transport offices in the city to suspended licenses of 61,504 traffic violators. 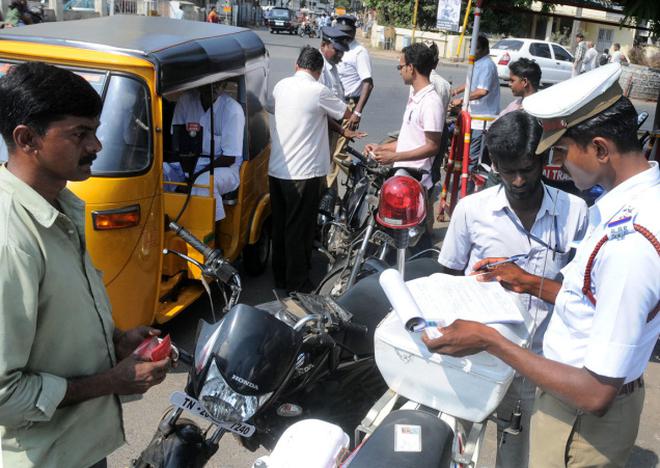 Drunken driving, jumping traffic signals, over-speeding, overloading, carrying passengers in goods carriages and using mobile phones while driving are some of the major offences which are being taken into consideration. Others such as driving two-wheelers without helmets, and driving four-wheelers without seatbelt have invited trouble for drivers in Chennai.

Of all the offences, over-speeding tops the list, with 2,917 licenses of motorists exceeding speed limits facing the axe. “People think they can get away with jumping a red signal, but 29,032 people who violated the rule are in our hit list,” said a police official.

Another 10,651 people will lose their license due to drunken drive, and 8,810 for using mobile phones while driving. The list also includes 9,664 drivers who carried more than the permitted number of people in goods carriages, and 430 others for overloading goods carriages.

“We’ve received recommendations from police seeking suspension of drivers’ licenses  for various traffic violations , and we are looking into this,” said a senior RTO official. “First-time offenders will have their licenses suspended for a specific period, while repeat offenders will lose their license. The punishment will be decided on the recommendations by the traffic police,” he added. 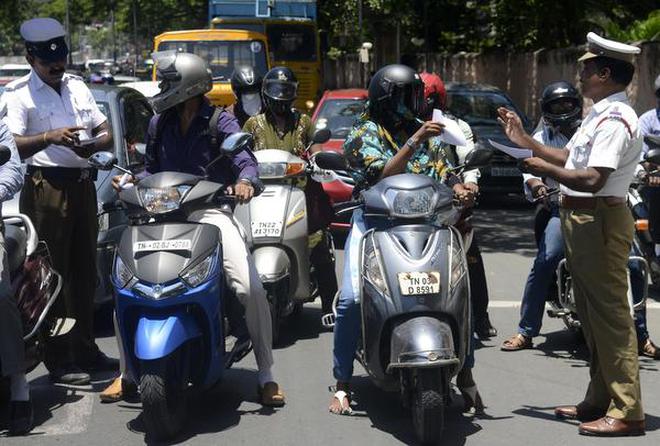 “Issuing challans was not effective as people think they can go scot-free, paying Rs 100 for traffic violations like jumping signals and talking over mobile phones. Now we want to send out a message that if they can’t drive safe, they can’t drive at all,” said R Sudhakar, Joint CP, Traffic, South.