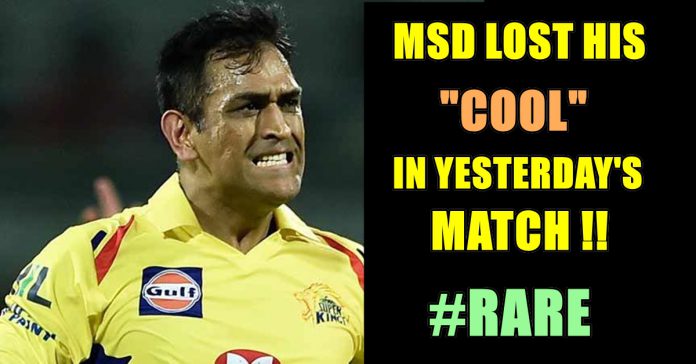 The Chennai Super Kings are a batting heavy side. The yellow brigade boasts of some of the top names in World cricket. Their batsmen have chased down massive targets on several occasions. CSK went in with experience rather than youth for the eleventh edition of the IPL and it is reaping benefits. The individuals have taken up the responsibility when the team is in needed and have taken the franchise home by keeping calm and focusing on the situation at hand. While CSK is a batting powerhouse, its bowling is a weak link in the setup. The bowlers have leaked too many runs at the death which has cost them on numerous occasions. On Friday, CSK put up 176 against Rajasthan Royals on a sluggish wicket. It was more than a par score as the wicket was getting slower and slower. However, Jos Butler played a defining knock of 95 to take his side through in the last over. Butler was given three lifelines in his innings which probably decided the outcome of the match. Dhoni blamed the bowlers for failing to execute the plans. MS Dhoni dropped the all-important catch of Butler when he was on 80. A slower one from Dwayne Bravo made the Englishman scoop behind the stumps and created an opportunity but Dhoni failed to capitalise on the opportunity. “We had to bowl one particular length and the bowlers were instructed on what they need to bowl and where they need to bowl. That back of the length was a difficult one to hit. We at least got hit 4-5 boundaries off full length. What really happens is once you are told what to bowl, you need to be bowling to that area. They need to commit and execute. It is not the planning but the execution that goes haywire.” Dhoni said in the post-match presentation.