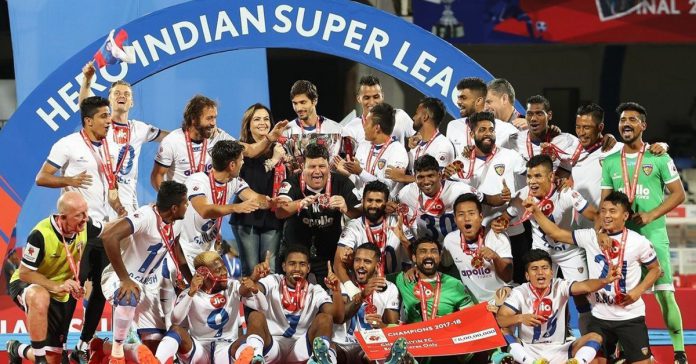 Chennaiyin FC were, deservedly, crowned champions of ISL for the second time in three years. The players were jumping with joy. The travelling support staff hugged and patted each other on their backs. The moment the final whistle went off, Sunil Chhetri, Bengaluru FC’s captain-leader-legend, sunk to his knees and buried his face at the green of the Sree Kanteerava Stadium – the very green that has been witness to many a famous goal from his well-worn boots. The pre-match previews did not fail to point out that no team hosting the ISL final had won in seasons past and that no team topping the league table emerged champions at the end. But those were disclaimers – footnotes, if you will – to the undeniable fact that Bengaluru FC started the evening as favourites to emerge champions. This was a team that was unbeaten in 10 games. This was a team that steamrolled through the group stages, finishing a whopping eight points ahead of the second spot. This was a team that boasted the most complete lineup in the league and they were playing in front of their raucous home fans to boot.

Bengaluru FC tried to create openings in the second half but it was the visiting side that tasted success, with Augusto finding the back of the net. The 3-2 scoreline makes it seem like a close affair but it felt like that for, roughly, a quarter of the game. In spite of an 8-point gap between the two sides in the league stage, Chennaiyin FC had proved to be superior when it mattered in the final. By virtue of the win it qualifies for the AFC Cup on the basis of this win while Bengaluru FC will look to get over the disappointment by continuing its current AFC Cup campaign.

“There was no gameplan as such, to be perfectly honest with you,” the CFC coach said post-match. “The biggest thing for me is hard work. There is no substitute for that to play for my side. There have been so many obstacles thrown our way this season, and this one was the biggest. To come here, to the home ground of the best team – BFC had a distinct advantage to start off. But we never doubted ourselves. And my team showed they had the b*lls to pull this off, excuse my language.”

They did indeed pull off a memorable win with a performance, on the night, that was worthy of the champions.