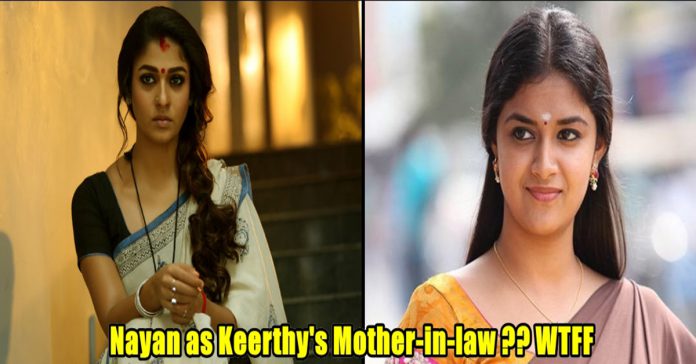 Mammooty playing the role of late Andhra pradesh Chief minister Y.S.R has been titled as ‘Yatra’. It is going to be directed by Mahi.V.Raghav. The film crew has been reportedly finalized that Nayanthara is going to play the role of the popular politician’s wife. There is also a buzz from an unconfirmed source that Keerthy Suresh is approached to do the role of daughter-in-law of Mammooty in ‘Yatra’. If this combination works then it will surely will be a major casting coup as Nayanthara would then effectively play the mother-in-law of Keerthy Suresh. We have to wait till the official announcement to see this rare casting to materialise.