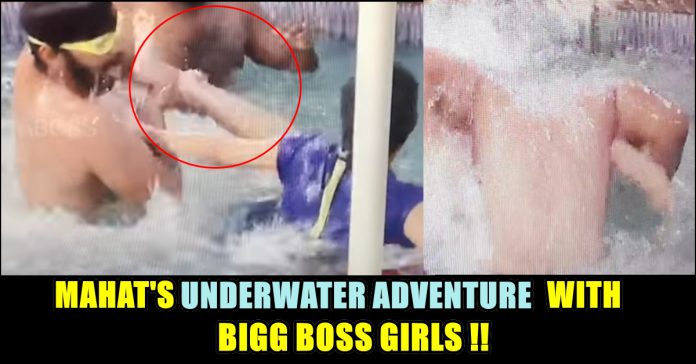 After the nomination process Janani, Riythvika, and Balaji discussed how Aishwarya, Yashika, Mahat, and Danny want and plan to enter the finals, evicting all others. In an episode earlier, Yashika and Aishwarya were seen plotting whom to nominate for eviction in codewords and even influencing Mahat to nominate the person in their mind (Riythvika).

The contestants were asked to write anonymous letters to the inmates if they had any complaints against them. Any housemate could defend or accuse the perpetrator with Yashika playing the mediator. Balaji was accused of profanity and Danny for using people for his benefits. Mumtaz blamed all the housemates for cornering her and labeling her an arrogant person. Mahat felt she was trying to seek attention by blaming all. In this week’s luxury budget task, the contestants role-played as their fellow inmates. When Bigg Boss asked the inmates their opinion on the activity, Mumtaz said, “It feels good to play Aishwarya’s role because I can always stick with Yashika. I don’t feel alone in the house. It feels good to be pampered.” Riythvika played the judge; Danny as Yashika, Janani as Sendrayan, Balaji as Danny, Ponnambalam as Mahat and Janani as Sendrayan played their roles well. Team blue, comprising Aishwarya, Sendrayan, Mahat, Vaishnavi, and Danny was given a secret task by Bigg Boss to provoke and make someone from the red team cry; get angry; say that they want to leave the house and feel embarrassed. But the red team easily guessed that they are performing a secret task. At times, contestants also got offended when someone inappropriately portrayed their original character. At the end of the task, all the inmates hugged each other and appreciated each other’s efforts. The house saw some warm moments after some long-pending clarifications. And results for the task was announced by the judge of the show Rithvika yesterday. Now a new video surfaced in internet where all the housemates playing in the swimming pool. It is seen everyone splashing water against each other.

Except Balaji and Mumtaz every contestant was seen playing in the swimming pool. After sometime they all started to play a game like targeting a particular person and splash water on them. While everyone concentrated on splashing water against one person Mahat who was playing along with them did inner swimming and goes near the person and lifts them from the bottom. First he tried lifting Aishwarya where Janani comes and rescues her. Then he tries it with Rythvika where she is seen irritated and gets rid off him. Then he did it with Janani, Aishwarya and Yashika.

In this video when she goes under the water the girls are unaware that he is coming. But look close Yashika when he comes to lift her. She is completely aware and expecting him coming. Though it seems fun between friends at one point contestants asks him to stop this which is evident in hotstar.