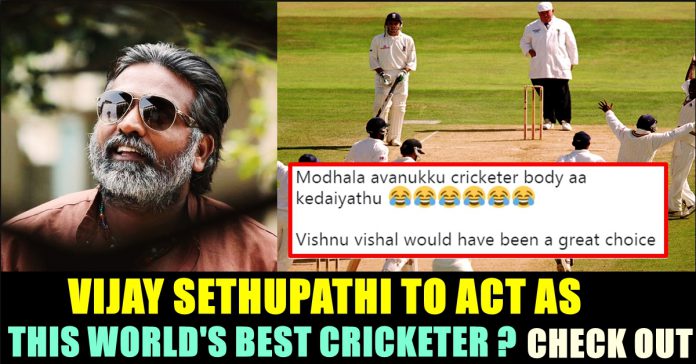 Being one of the busiest actor in Kollywood, Vijay Sethupathi has half a dozens of films to be released. He also involved in producing films and very lately penned for his production venture for the first time. Apart from these works, the actor is doing guest appearance in number of films as well. Now it is revealed that the actor is going to be featured in a biography film for the first time. The actor who recently ventured in a similar to biography movie named as “Seethakathi”, has nodded to director Sripathy Rangaswamy to do a original biography Muttiah Muralidharan. It was earlier rumoured that Vijay Sethupathi is going to play Srilankan iconic spin-bowler Muttiah Muralitharan in a big-budget biopic called 800. Now, it is confirmed that the project is all set to go on floors soon. With this project, a new production house called DAR Motion Pictures is making their debut in Tamil cinema.

Film analyst Sreedhar Pillai in his tweet said “Now a bio-pic on #SriLankan cricketer #MuttiahMuralitharan with @VijaySethuOffl playing the legendary spinner. Producers #DarMotionPictures & director #SripathyRangasamy. #Muralitharan :”I’m honoured that an accomplished actor like Vijay Sethupathi will be playing me in the film”

Now a bio-pic on #SriLankan cricketer #MuttiahMuralitharan with @VijaySethuOffl playing the legendary spinner. Producers #DarMotionPictures & director #SripathyRangasamy. #Muralitharan :”I’m honoured that an accomplished actor like Vijay Sethupathi will be playing me in the film”

The film is titled 800, which signifies the number of international Test wickets taken by the iconic spinner, according to a report published in a website.

The report quoted a source close to the project as saying, “We will begin filming in December 2019. It’s a big-budget film that will be shot in India, Sri Lanka, England and other parts of the world.” 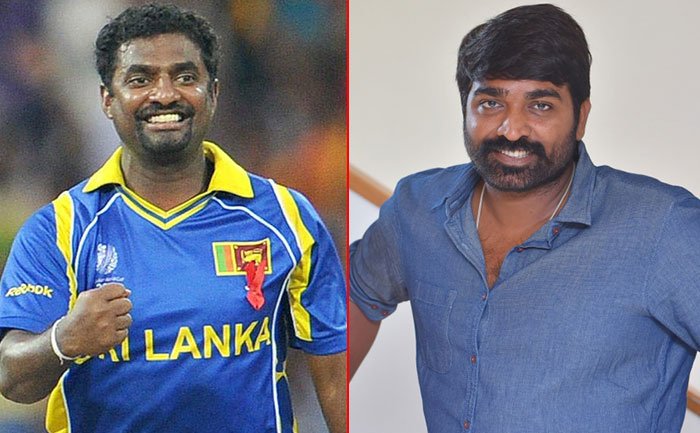 Murali became the highest wicket-taker in Test cricket when he overtook the previous record-holder Shane Warne on 3 December 2007. The record of the cricketer is still unbeaten. Having a strong Tamil background, the spinner achieved many milestones for Srilankan team.

Here’s what Vijay Sethupathi said about taking up the project :

#VijaySethupathi – “I am happy to be associated with the #MuttiahMuralitharan biopic. Portraying the role of Murali is going to be a challenge for me & I’m looking forward to it. Murali himself will be closely involved with the project & guiding me on the cricketing aspects”

However many fans in twitter wonders if Vijay Sethupathi could pull off the role concerning the physique of him. Some pointed out how best Murali was in field when he was younger.

Check out the updates and some of the reactions from the fans :

Vijaysethupathi for his size cannot rotate the arm or roll the eyes like Murai. Going to be total comedy.

Vishnu vishal would have been a great choice

What do you think on Vijay Sethupathi playing as Muttiah Muralidharan ?? Comment your views below !!