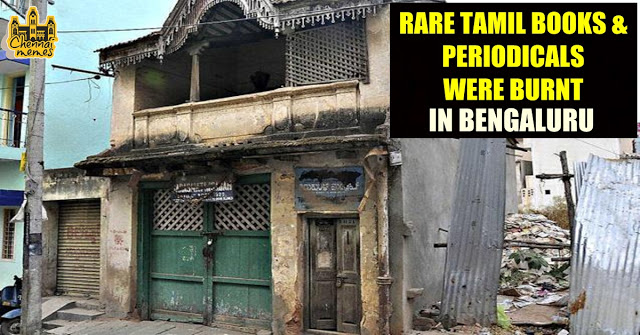 One of the city’s oldest Tamil libraries, Thirukural Mandram Library, in Ulsoor was ransacked on Thursday night. Rare books and periodicals were destroyed.
The books were dumped on the road outside the building and an adjoining vacant site. When Thirukural Mandram Association founder, octogenarian Nalla Perumal, discovered that precious books had been destroyed, he was almost in tears.
The Thirukural Mandram Association was started in 1964, and the library was founded a few years later.
The Ulsoor police on Saturday took up a case against the key suspect, Prabhu Kumar, who runs a sabha in the same building that the association operates from.
In his complaint to the police, Mr. Perumal said that the suspect had been pressuring the Association to vacate the premises. The police are looking into the matter.
Source