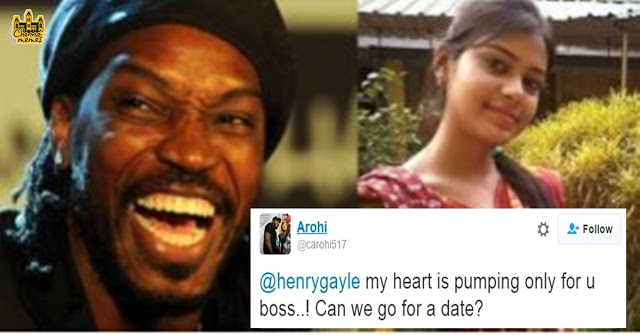 Chris Gayle is definitely a champion. Even though he isn’t in form, he is quite popular amongst his fans and they are always present to support him and shower him with love. He isn’t less. When affection is shown by fans towards him, he ensures that they get that back from him. Have a look.

@henrygayle my heart is pumping only for u boss..! Can we go for a date?

Chris is smart enough! See what he replied to her immediately!

As soon as he tweeted this, his fans went all crazy over him. See what tweets they have left!

After this, even the fan posted her own conditions!

Only on one condition

@henrygayle sure but in one condition u have to score a ton in next ipl match for rcb.!