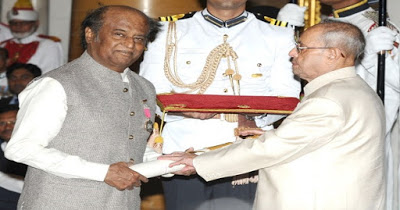 After winning over millions in India and abroad both with his silverscreen performance and his humility off it, Rajinikanth, among the biggest stars that there are in Indian cinema, has now won Padma Vibhushan.

She has been associated with Adyar Cancer Institute since 1955, and has held several key positions, including its Director between 1980-1997. Her work won several awards including the Magsaysay Award, Padma Shri, Padma Bhushan and Padma Vibhushan, the second highest civilian award by Government of India.

A scientist with the Indian Space Research Organisation, Annadurai is the current Director of the ISRO Satellite Centre, Bengaluru. His earlier stints include: Programme Director for Indian Remote Sensing & Small, Science and Student satellites, including Chandrayaan-1, Chandrayaan-2, which is to be launched by 2017 end or early 2018, ASTROSAT, Aditya-1, Mars Orbiter Mission and several other Indian Remote Sensing missions. His works even find a mention in the Class 10 Science text book of Tamil Nadu. Annadurai has been listed among 100 global thinkers of 2014 and tops the Innovators list.

An inventor from Coimbatore. After much efforts, he found an inexpensive solution to unsanitary and unhygienic practices around menstruation in rural India. He created and patented a machine which could manufacture low-cost sanitary pads for less than a third of the cost of commercial pads. He received the 2009 Best Innovation Award from the then President Pratibha Patil for his mini sanitary napkin dispensing machine. He founded the company, Jayaashree Industries, which markets these machines to rural women.

Graduate MBBS from the Government Madurai Medical College in 1977. It was 39 long years of journey in the medical field that took him to one of the most honoured recognition in the country. He has already conferred the best doctor award for medico-social services by Chief Minister of Tamil Nadu and for professional excellence by Tamil Nadu Dr MGR Medical University.

He had his education in Law College, Madras. He was enrolled as a lawyer in 1971, in Madras. He worked as a junior of Late MK Nambiyar and KK Venugopal from 1971–1977. In 1977, Krishnamani set up his practice as an independent lawyer. He started his practice in the Madras High Court and was prominent as a young lawyer from 1971–1981 in Madras. He specialised in Writ Jurisdiction and was known as “Writ a day lawyer” since he was appearing in at least one writ petition a day.

It was 34 years ago that Srinivasan, an MBA graduate, who once ran businesses dealing with petroleum and FMCG products, joined hands with a doctor friend to set up medical facilities for the poor. Though it functioned from a small shed, it still was a progress from the ‘10 paise hospital’ that he ran with his doctor friends who sat under a tree on Sundays to treat poor. This went on to become a multi-disciplinary, super-specialty facility in Tambaram, Hindu Mission Hospital. 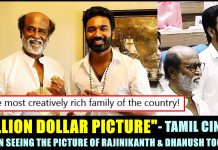 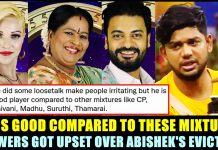 Bigg Boss Viewers Got Upset Over The Eviction Of Abishek Raaja !!