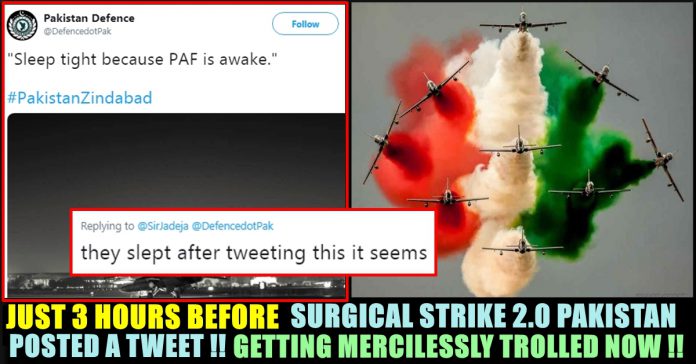 IAF sources has said that multiple Mirage 2000 Indian fighter jets carried out attacks on the terrorists camps across the border. The targets were terror camps and launch pads of Jaish-e-Mohammad (JeM) among other terrorist groups, the source said. 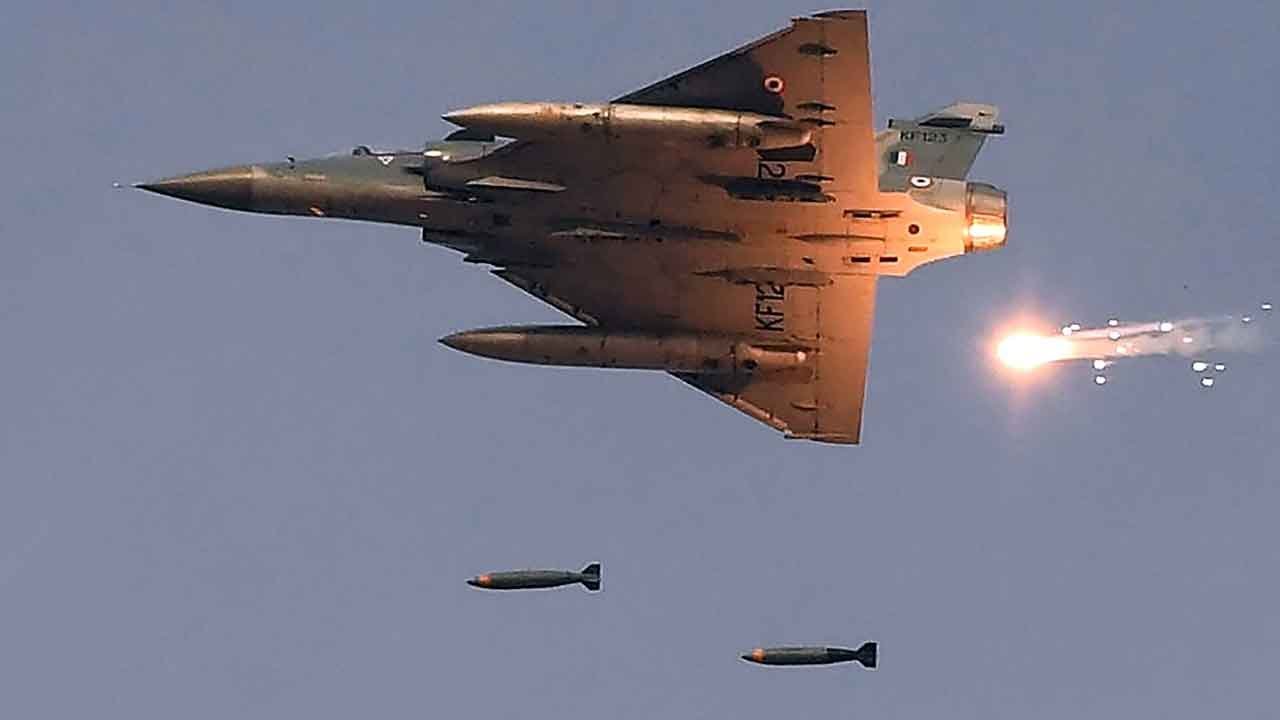 People including many celebrities have come forward to salute the Indian Air Force and their brave attack on Pakistan. Meanwhile a post from the account of Pakistan Defence going viral among the online users of India.

The post says “Sleep tight because PAF is awake.” #PakistanZindabad”

The post reportedly surfaced on 12 :06 AM on 26th February that is today where as our Indian Airforce landed 1000 kg of bomb around 3 in the morning. In the successful mission, India struck the biggest training camp of the JeM, and this is considered to be a major victory after the Pakistani terror group wreaked havoc in our country less than two weeks ago.

What is ironical is the fact that just hours before the air strike, Pakistani Defence had tweeted that the Pakistan Air Forces are awake. It was supposed to be a warning for India.

Indians who are expert in trolling and giving fitting replies showed no mercy on this tweet which caught their attention as soon as the revenge took place. Check out some of their epic reply to this post here :

“If you guys are bad, we are your Dad” 😎😎😎#Surgicalstrike2 pic.twitter.com/kpuT4eGJZE

Sleep tight because PAF is awake – pakistan defence tweeted on 12:06am.

they slept after tweeting this it seems

When an accident happened to ur car & then u find that ur insurance cover lapsed at last midnight.. 😀🤣

Irony is just after 3 hrs of this post. Strike happend. 🇮🇳 #bharatzindabad
How’s the khoff?