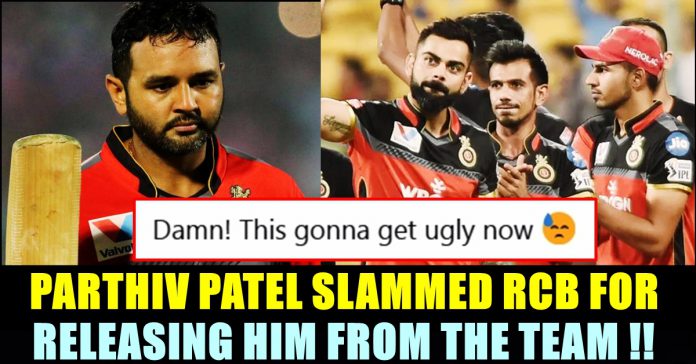 Indian Premier League 2021 was officially started on Wednesday as the franchises announced their released and retained players for the 14th season of the tournament. Teams which are going to compete each other in the tournament took some tough calls regarding the retention and release of players.

Chennai Super kings decided to retain Suresh Raina and MS Dhoni and has decided to release Piyush Chawla and Murali Vijay for IPL 2021. “Yes we will retain Raina and Dhoni will be the captain. Apart from Harbhajan, we might release a few more players” CSK official said to the media. The most recent post from the official twitter handle of CSK suggests, Monu Singh, Kedhav Jadhav also got omitted from the Tamil nadu based IPL team.

He posted a tweet sarcastically thanking the team for releasing him after his retirement. He announced his retirement from all forms of cricket during December 2020. Patel was moved to Royal Challengers Bangalore in the year 2018 and scored 526 runs in 20 matches but didn’t get an opportunity to feature in the team’s 11 in 2020, though he travelled with the team to the UAE with the rest of the squad. In 2020, RCB went with 20 year old Padikkal for their opening slot and he did remarkably well throughout the tournament.

An absolute honour to be released after being retired . … thank you @RCBTweets

This tweet from the cricketer garnered huge reception from fans with reactions criticizing him for posting such tweet. Many fans criticized RCB for not uploading a “thanks” tweet for Parthiv as other teams such as Chennai and Mumbai did it to their players Watson and Malinga respectively.

A fan said that Parthiv is crying unlike Watson and Malinga and taunting RCB as he already started working for Mumbai whereas another one said “Thats it. That seals the deal. Im no longer a RCB fan. Ive been a RCB fan since 2008 and a season ticket holder since 2008. I will no longer watch on TV or renew my season tickets. I’m taking my fanhood to CSK where they actually know how to run a Cricket team.”

Same insensitivity shown by CSK and MI. But S Watson and Malinga are not crying. It's a professional world you gotta stay that way. Since he has already signed-up for scouting job at MI, so he's having the liberty to taunt RCB here. I think that way he is being insensitive here.

Shame for what? Malinga and Watson is not crying like him.

Thats it. That seals the deal. Im no longer a RCB fan. Ive been a RCB fan since 2008 and a season ticket holder since 2008. I will no longer watch on TV or renew my season tickets. I’m taking my fanhood to CSK where they actually know how to run a Cricket team.

I'm confused. Should they retain you instead?

@parthiv9 Parthiv didn't get to play even a single game in the last years IPL. Ideally he should have been released by the team , a player of his quality doesn't deserve to warm the bench.

Damn! This gonna get ugly now 😓

Shame On @RCBTweets
Shame on @imVkohli
Shame on @AnushkaSharma

Going by RCB legacy, this may be your best IPL.. please comeback from retirement 😂