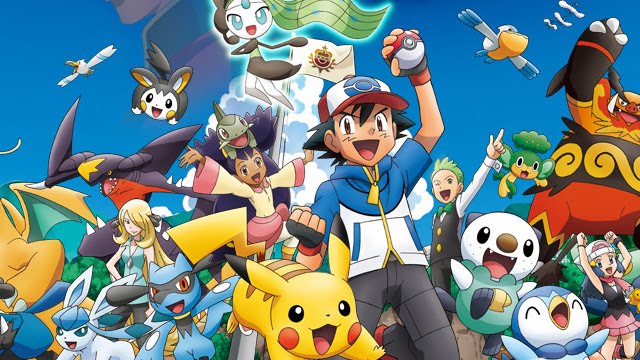 The Japanese company Game Freak launched a video game series called Pokémon Feb. 27, 1996, changing the world forever. The release of the Red and Green versions of the role-playing games featured 151 small pocket monsters that would go on to generate $30 billion in sales during their first decade on the market.

Comic fans around the globe are expected to celebrate Pokémon Day Saturday. Twitch will live-stream gameplay and episodes, Nintendo Co. Ltd. will host a party in New York. And GameStop Corp. outlets across the country will give out posters with purchases of Pokémon products. But you don’t have to leave your couch to observe Pokémon’s 20th anniversary: You can learn about it right here.

Here are 20 facts about the famous series, with links to their sources:

– The anime series didn’t begin until about a year after the launch of the Pokémon Game Boy games.

– There have been 17 Pokémon films.

– The main character in the Pokémon anime series, Ash Ketchum, got his famous Pikachu because he overslept on the morning he was supposed to pick his starter Pokémon.

Dozens of people dressed up as Pikachu, the famous character in Nintendo’s card and video game series Pokémon, dance with fans in Tokyo Aug. 16, 2015.

– The H.J. Heinz Co. released a special Pokémon series of ketchup bottles in 2000.

– A 1997 television episode of Pokémon was canceled after more than 600 kids in Japan reported seizure symptoms after lights flashed on screen during “Computer Warrior Porygon.”

– Poliwag’s stomach swirls are based on the coiled intestines of actual tadpoles.

– Hitmonchan and Hitmonlee are named after Jackie Chan and Bruce Lee, respectively.

– Despite the name, Mr. Mime can be female.

– Most Pokémon have signature cries, but a few talk in a language humans can understand. Among them are Chatot, Doduo, Hoopa and Meowth.

– Ash Ketchum has been voiced by multiple women, including Veronica Taylor for eight seasons.

Pokémon | Pikasaur
– According to a diary in one of the video games, Mewtwo has a specific birthday: Feb. 6. But other claims in the series declare Mewtwo a clone.

– Jessie, a member of Team Rocket, started out with red hair. It later turned purple.

– There’s a glitch Pokémon frequently referred to as Missingno. Encountering it during gameplay often messes up the graphics and can corrupt the file.

– Weedle, Smeargle and Magikarp are among the Pokémon who can’t learn any moves through Technical Machine, aka TMs.

– A few Pokémon have palindromic names, including Alomomola, Eevee, Girafarig and Ho-Oh.

– Early versions of Caterpie and Goldeen had the same cry, although one was slightly longer.

– Several Pokémon have clever names: Backward, Arbok is Kobra and Ekans is Snake. The ends of the names of Pokémon Articuno, Zapdos and Moltres spell uno, dos, tres — one, two, three in Spanish.