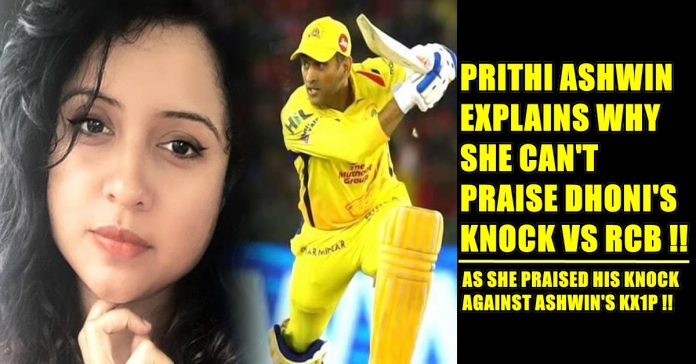 Another chasing master class from the one and only Mahendra Singh Dhoni. Among the many secrets of world and life, how does MS Dhoni manage to keep his calm under such pressure situations will ever remain unknown and time and again the man will continue to marvel spectators around the world. A clinical finish from CSK in the end. They were always going to be ahead after Kohli bowled out his key bowlers in 13 overs. Dhoni preys on such situations where he can take the game deep and put the lesser bowler under pressure. Those three wides in the penultimate over from Siraj showed the kind of pressure he puts on the bowlers. The interesting thing about Dhoni today was how quickly he was off the blocks. He has been accused of starting slowly, but today he hit the second ball he faced for a six. CSK are on top of the points table now and Rayudu has the orange cap, the dream return continues. The nail biting match was enjoyed by every fans around the state and the country as well as the man who won the match is India’s favourite. one such cricket fan failed to watch the game. And that fan is Prithi Ashwin.

Prithi Ashwin, wife of Indian cricketer Ravichandran Ashwin, took to micro blogging site Twitter to express her regret on missing the game. She posted a tweet and exclaimed that she got to know about the proceedings of the match this morning. She regretfully added that she perhaps chooses the wrong nights to sleep early. Had she not slept early, she would have seen the herculean run chase of the Chennai Super Kings as well. “I just caught up on last nights match and OMG WHAT DID I JUST MISS. I pick the worst nights to sleep early,” Prithi Ashwin wrote in her tweet.

I just caught up on last nights match and OMG WHAT DID I JUST MISS. I pick the worst nights to sleep early.

Talking about the game, the Chennai Super Kings had asked the Royal Challengers Bangalore to bat first. Riding on the twin fifties from AB de Villiers and Quinton de Kock, the hosts got a brilliant start in the game. They slumped a little but cameos from Mandeep Singh and Washington Sundar took the RCB total to 205. In the run chase, CSK lost four wickets early. But it was the partnership between Ambati Rayudu and MS Dhoni that defined the course of the game.

The duo added 101 runs for the fifth wicket before Rayudu was run out on 82 that came off just 53 deliveries. After his dismissal, Dhoni found some support from Dwayne Bravo at the other end. Eventually, Dhoni finished things off in style for Chennai Super Kings with a six in the final over. He remained unbeaten on 70 off mere 34 deliveries with a four and 7 sixes.