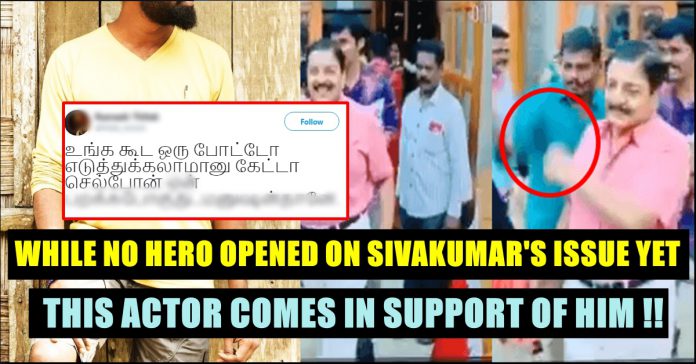 Once again veteran actor Sivakumar caught while behaving rude to a guy who tried to take selfie with the actor. The actor who attended the marriage reception of actor-director E.Ramadoss’s family, assaulted a guy’s cell phone. Earlier the actor became a victim of massive troll for involving in a similar act. Veteran actor Sivakumar was embroiled in a controversy when he knocked a fan’s phone who was attempting to take a selfie with him. His rude behaviour received a lot of flak from the public and he was forced to apologise. Later, he even gifted a brand new phone to the distressed fan.

Four months later, it looks like Sivakumar hasn’t learned from his mistakes. He’s at it again. Recently, the actor was invited to the wedding at director-actor E Ramadoss’s household. While he was entering the venue, a fan tried to take a selfie with him. 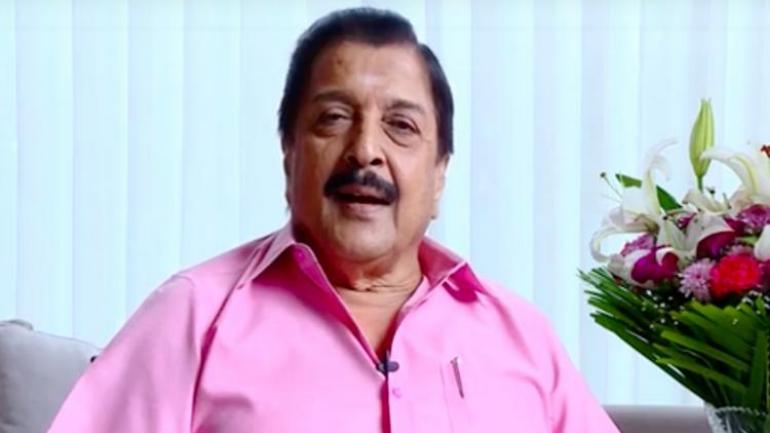 Again, much to the shock of everyone, he knocked down the fan’s phone and walked away like he never existed. The video is going viral on social media and many people have condemned the actor’s behaviour.

In October 2018, Sivakumar said that people should ask his permission before taking selfies. He said, “I am someone who has never hesitated to take photos at an airport or any gathering with hundreds and thousands of people. People should have the basic courtesy to ask any person before clicking pictures with them. A celebrity cannot be taken for granted or considered as public property.” Even while apologising, Sivakumar said that he’s doing so only because many people felt that it was wrong on his part. Later, he had gifted a brand new phone to the fan and put an end to the issue.

Now, with this latest controversy, it is unclear whether Sivakumar would react the same way and apologise or ignore it completely.

As massive trolls kept on surfacing Internet after this act of Sivakumar for the second time, unlike last time many celebrities keeping mum about the issue. Last time producer S.R Prabhu came in to defend his uncle Sivakumar where as Surya wrote an article about the Internet trolls. Ramesh Thilak is an Indian radio jockey and actor who has appeared in Tamil and Malayalam films. He made his breakthrough with Nalan Kumarasamy’s Soodhu Kavvum (2013) portraying a kidnapper, before playing a similar role of a thief in Alphonse Putharen’s bilingual film Neram. The actor also played one of the lead role in the film Orange Mittai. His appearance Kaala, Imaikka Nodigal, Demonty Colony, Viswasam are notable.

Eppadiyum pose than koduka poringa appuram enna… before movie release and after actually many of them are behaving like a politicians, like coming in many tv channels and promoting and saying fans are the best and all. it’s a dream for everyone to take a pic whoever is acting.

What do you think on his comment ?? Is he right ??