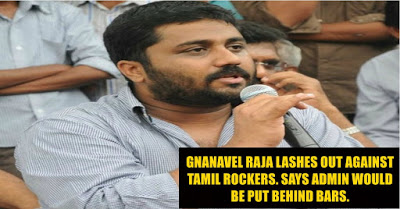 In the recent audio launch of the movie Yaman, K E Gnanavel Raja took time to bash out Tamil Rockers, stating that they’re the main reason for the producers to face losses these days.

Yesterday(Feb 4) Gnanavel Raja of Studio Green openly lashed out on Tamil Rockers with cuss words stating that after the TFPC election things would change. He said that he’d make sure the owner of Tamil Rockers is behind bars after TFPC election.

“While producers are unsure about financial clearance, b****** Tamilrockers confidently saying that they will release the pirated print on the said time”, said Gnanavel.

“Our industry has many loopholes so we couldn’t control piracy but within six months, we will take necessary action”, added Gnanavel Raja, who also said that he will be contesting in the upcoming TFPC election.

He also challenged the Tamil Rockers to try uploading Singam 3 in the date they announced. He said if they do so, he’d find them and put them behind bars within 6 months. 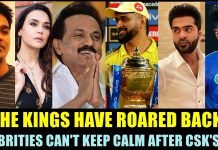