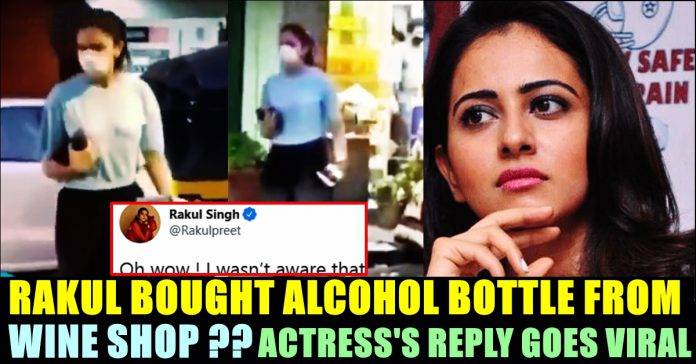 South states started allowing wine shops to sell liquors to its citizens amidst the pandemic created by Coronavirus worldwide. Followed by Karnataka government, Tamilnadu started providing alcohols in wine shops with several restrictions to let people follow social distancing in order to avoid the spread of COVID 19. Lockdown was extended for the third consecutive time by the Indian government with few relaxations in the Green zones.

The official statement released by the government said that Tasmac bars will remain closed. The statement reasoned that they took this decision as they couldn’t control the enormous number of people who crossed borders to get liquor bottles on Monday. As soon as Karnataka Government relaxed the restrictions on wine shops, the state got a collection of Rs.45 crores on day 1, much higher than it was expected. State Excise Minister H Nagesh told media that they are expecting for a sale of Rs.25 crores, but this is higher.

Earlier, it has been reported that people from Tamilnadu crossed border to get liquor from neighbour states where wine shops allowed to function. Following the opening of the outlets at 10 a.m, people were seen holding umbrella while waiting in queues across the city. Not only public people, even influential people such as celebrities and politicians couldn’t get access to alcohol all these days as all the shops were closed.

Recently a picture of women forming queue to buy liquor in Karnataka went viral across the Internet. Now, one of a twitter page with 1 lakh followers, posted a video of actress Rakul preet walking from a shop to her car with handful of things by wearing a safety mask. The twitter page questioned whether the actress is buying alcohol from wine shop due to lockdown.

“What was Rakul preet buying during the lockdown? She was buying alcohol?” caption of their post read. Check out the video they posted below :

What was @Rakulpreet buying during the #lockdown? She was buying alchohol? pic.twitter.com/XmBVYVL8Gn

This tweet from the twitter page grabbed the attention of the actress who immediately replied to it to let her fans and followers know the truth. Rakul Preet who earlier slammed people who mocked her for wearing short outfit in public, now said that she never knew that medical shops are selling alcohols, in a way of trolling the page.

“Oh wow ! I wasn’t aware that medical stores were selling alcohol” read the reply of Rakul which garnered nearly six thousand likes and several comments and shares so far. Check out her reply here :

Rakul is known among Tamil audience for her appearance in films like “Ennamo Edho”, “Theeran Adhigaram Ondru” etc. She was last seen in Selvaraghavan’s NGK and her song “Anbe” went viral among the audience of Tamilnadu. Apart form her work in Tamil films, Rakul is very much known for her appearance Telugu cinema.

Check out some of the reactions her reply is receiving :

So what if you bought alcohol? Why is it being frowned upon so much? You're not doing anything illegal or haven't purchased anything with someone else's money. Why is everyone so focussed on this?