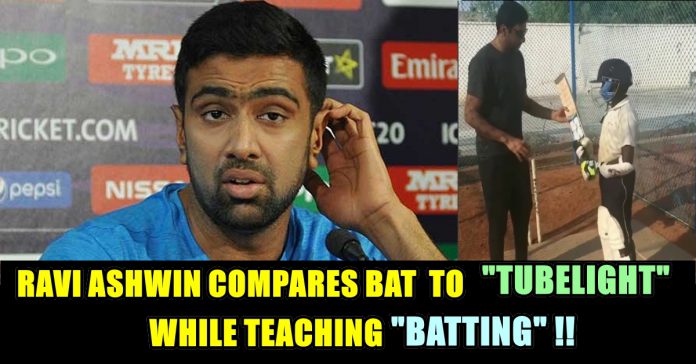 Ravichandran Ashwin is an Indian international cricketer. An all-rounder who bats right-handed and bowls right-arm off break, Ashwin plays for Tamil Nadu in domestic cricket and captains the  Kings X1 Punjab in the IPL. He is the fastest Indian bowler (also in some records the fastest in the world) to reach the 50-, 100-, 150-, 200-, 250 and 300-wicket mark in Test Cricket.In 2016, he became the third Indian to win the ICC Cricketer of the Year award. When the IPL 11th season started, new skipper Ravichandran Ashwin promised some surprises. With mentor Virender Sehwag sitting on the bench, it was but a given. And in the first half of the tournament, Punjab did surprise indeed, winning five of their first six games.

The move to bench Chris Gayle worked, as did the call to bring him back after two games. Yuvraj Singh’s form was a question mark, and they backed/dropped him duly, never mind what the fan-base thought. Backing spinners – Ashwin and Mujeeb Ur Rehman – in the Powerplay as well as death overs gave a different twist to their game plan, something that opposition teams were unable to comprehend in the early half of the season. But unfortunately the team failed to qualify into the play offs due to their bad performance in the second phase of the tournament. Meanwhile the skipper rRavichandran Ashwin Gen-Next Cricket Academy is set to spread its wings, by operating from more centres in Chennai.

Gen-Next’s chief mentor Ashwin said, “Developing good infrastructure is a part of Gen-Next dream.. As a kid, I knew the kind of hardships my parents went through just to make me get to my coaching centre.” “If every area has 2-3 good nets, it will bring down the travel time and also ensure youngsters get more time to practice more regularly.. I am sure the new facilities will adhere to the high standards we have set and help players realise their potential,” he added.

His venture GenNext Cricket Academy in Chennai is a hit among the budding cricketers and he often spends some time with the aspirants of the game. Ashwin is often termed a very intelligent cricketer, and he doesn’t leave a stone unturned when it comes to passing on the goods. His academy has partnered with Kings’ school and has announced the launch of his new academy in the UAE. Olivier, who holds the same role at Kings’ School, believes it’s a milestone step. “The GenNext Kings’ Cricket Academy will be the first and only cricket academy that is an extension of a school cricket programme,” he told Sport360. “Ashwin and his coaching team has designed his own training programmes which will be taught at the academy. I’m confident this will set the benchmark for sports academies and schools in the region.”

Recent videos doing rounds in social media where Ashwin teaching kids in Tamil. He suggests one of the kid to hold the bat as light as “holding a tubelight”. The boy holds it hard and Ashwin says “The tubelight will break if you hold it this tight”. He also teaches kids on how to stand and hold the bat. As we all seen Ashiwn as a spin specialist it is a bit surprise for us that the International cricketer teaching batting skills to the kids. But we couldn’t forget his occasional batting performance in International matches as well. watch the videos below :