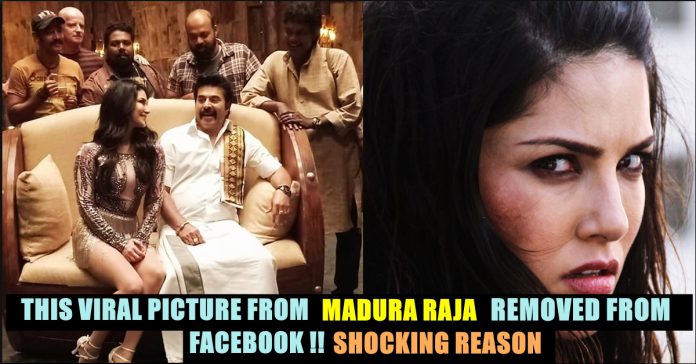 Only those living under a rock must have missed the crazy viral photo of Sunny Leone and Mammootty from the sets of Madura Raja. Posted by actor Aju Varghese (who also stars in the film) on his social media accounts, the photo garnered lewd and sexist comments from a section of the Internet, following which it was taken down from Facebook, reports The News Minute. The viral photo was even made in to inappropriate memes, which are too vile to be reproduced here. Aju Varghese, however, retained the photo on his Twitter and Instagram accounts, on which the comments appear to be filtered out. He had originally captioned it as “Akka with Ikka”, which translated into “sister with brother.”

Although the comments in the picture did not circle around Sunny, the actress has quite often been a victim to brutal trolling in the past.

Last year, there was massive outrage over a series of distasteful tweets from filmmaker Ram Gopal Varma about Sunny Leone on Women’s Day, one of which read: “I wish all the women in the world give men as much happiness as Sunny Leone gives.” In 2016, Sunny Leone was hailed for the way she held her own during a sexist TV interview that focussed on her career as an adult film star. 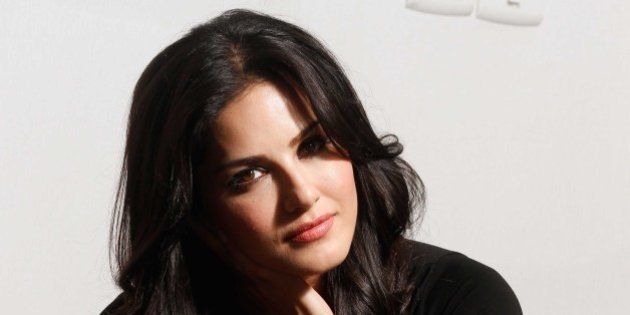 It is said that the makers of Madura Raja have signed on Sunny Leone to shake a leg with Mammootty for a special song in the film. In the photo, Sunny and Mammuka are sharing a light moment. Madhura Raja is a sequel to the Malayalam film Pokkiri Raja, which released in 2010. The upcoming film is directed by Vysakh and Tamil hero Jai will play an important role. Sunny Leone will be making her full-fledged debut in the Malayalam film industry with her multilingual project Veeramadevi. In Bollywood, she has featured in special dance numbers such as Laila Mein Laila, Pink Lips, Baby Doll and Chaar Botal Vodka.

Mammootty Peranbu film released today and receiving excellent reviews, which is directed by Ram. The film has been receiving a lot of love from celebrities critics, who caught the premiere show yesterday in Chennai.