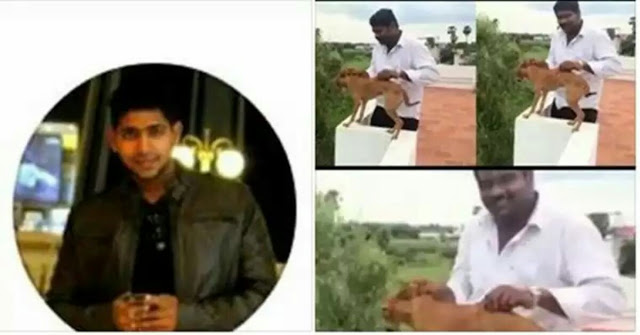 On July 5, Sudarshan allegedly threw a five-month-old stray dog from the terrace of a three-storied building earlier this month from the top of a building in Chennai, which was videographed by his Ashish Paul. Soon after the footage went viral in the social media, animal welfare
activists filed a complaint with police. The duo were arrested the next day,
but were soon released on bail.
The Madras High Court today issued notice to the Tamil Nadu
government on a petition seeking cancellation of bail granted by a lower court
to the two MBBS students.
Justice PN Prakash, who issued the notice returnable in two
weeks, said the pendency of the petition for cancelling the bail granted to the
two final-year MBBS cannot be a reason for stay of investigation in the case.

The notice was issued on a petition by Antony Clement Rubin, honorary Animal
Welfare Officer of the Animal Welfare Board of India.

Contending that the Prevention of Cruelty to Animals Act is
a toothless legislation in India, he submitted that violent acts toward animals
have long been acknowledged as indicators of a violent psychopathology that
does not confine itself to animals.
The petitioner stressed the need of a judicial system to
recognise that cruel actions deserve immediate action regardless of past
criminal behavior, so as to prevent the second offence. A strong message must
be sent to any person who feels he can dominate abuse or torture another
creature, he said.