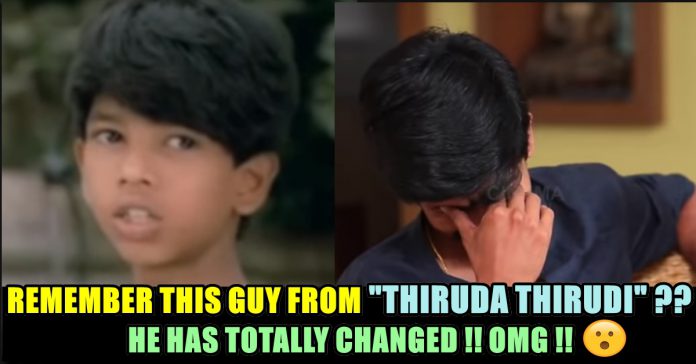 Reviewers from The Hindu cited that “Udayaraj as Pulli hogs the limelight. As the eight-year-old orphan who only dreams of being with his non- existent mother and is completely ignorant about the ways of the mean world, Udayaraj would give the best actor a run for his money. Udhaya Raj then featured in so many Tamil film as a child artist. He was widely known for his small role in the film “Thiruda Thirudi”. In that film he will be seen tearing an adult film poster where Karunas will cheer him for his good deed. On the contrary Udhayaraj will say that the film had no worthy adult content for the money he paid. This comedy scene is known for his local slang and weird comical acting.

Other than  Udhayaraj appeared in “Bana Kaathadi” which was actor Atharva’s debut film. He did an extended role in that film where he is seen playing the role of one of  Atharva’s close friend. Now in a recent interview, it is revealed that he has been married to a girl named Janani on 25th May. Expected to become a hero in Kollywood, Udhayaraj missed the chance due to his small boy appearance. But his career doesn’t ending up here, as he is so young , we can still expect him to become a big time star. Let us wish him all the best.

Check out his video of recent interview below :

What do you think of the couple , comment below.