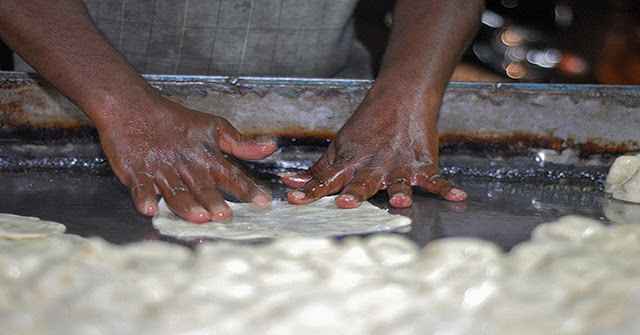 While the issue of politicians entering universities to take part in campus protests is a matter of national debate after the JNU incidents, campus politics has pushed a meritorious research scholar at a Tamil Nadu university back to his parotta master job earning a daily wage.

Deprived of his stipend and being disallowed from continuing his research in criminology, Mohammed Khan is today eking out a living by working as a parotta master at a private hotel.

His crime: He questioned the illegal absorption of nine assistant professors by the Manonmaniam Sundaranar University, sought information on the activities of an unrecognised forum launched by a serving professor and led students’ protests against another professor facing sexual harassment charges from a dozen female students.

The victim-student from a poor family was arrested and kept in jail for six days on the basis of a complaint from the vindictive professor. As if it was not enough, the state-funded university debarred his entry into the campus and stopped his stipend as well.

Now, all his case-related miseries came to a temporary end for Mohammed Khan, after Madras high court stepped in and stayed the university’s penal action.

There are several loose ends in faculty member Jai Shankar’s complaint to the Pettai police in Tirunelveli, alleging that Khan obstructed him from discharging his works and that he entered his room and locked it from inside on September 1, 2015.

However, a police complaint was lodged only on September 25, 2015. On September 22, he sent an 11-page lawyer’s notice to Khan.

Though in none of these communications, including the police letter to university authorities, there was any mention of Khan whipping out knife, university’s show-case notice talked of a knife and restrained him from entering the campus.


Citing all these anomalies, Justice Hariparanthaman said: “The FIR was lodged after 25 days on September, 2015. Hence, I am of the view, it is an afterthought, that too after sending the lawyer’s notice.”

“The delay in filing a police complaint is fatal to the criminal proceedings. No reason is given as to why there was such a huge delay in giving the complaint,” the judge said.