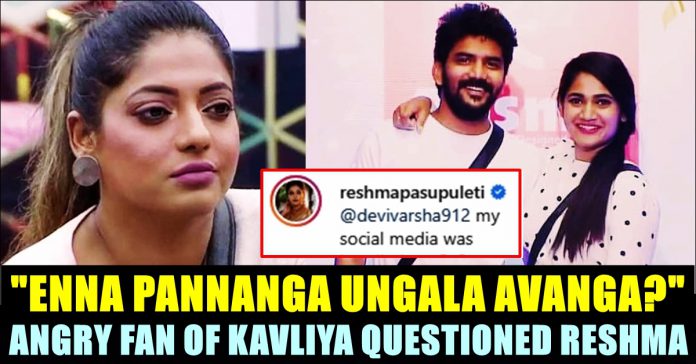 The impact made by Bigg Boss show is huge as fans of the show are still talking about the reality game show in social media platforms and admiring their favourite participants by following their official accounts in various social media platforms. The reason behind the huge reach of the show is no one but Kamal Haasan who has 60 years of experience in Tamil film industry.

All the three season of Bigg Boss Tamil show brought the participants of it in limelight. The show which was hosted by Ulaganayagan Kamal Haasan is one of the highest viewed program as it attracted the family audience in big time. After life of the contestants of Bigg Boss Tamil season 3 are very much visible as they are super active in social media platforms such as Twitter and Instagram.

The 100 days reality game show which is being telecasted in Vijay TV sees 14 or more contestants every season. In last season many Tv and cinema celebrities participate in the show to entertain the audience. The show was won by Mugen, a malaysian model and choreographer Sandy became the runner up. However, Kavin and Losliya grabbed wide reach among the audience for their love tale. Reshma, Fathima Banu, Madhumitha, Cheran are other big names of season 3.

Now, in one of a post of actress Reshma Pasupuleti, an ardent fan of Kavin and Losliya asked her why she is not following them. The instagram post of the actress who is known for her appearance in Tamil movies, is about herself appearing in a live session with her son for a youtube channel. Check out her post here :

Rahul & Me live with @littletalksmedia today at 9 PM. See you guys then 🙏🏼

The fan asked what harm Kavin and Losliya caused Reshma. She asked whether Kavin backbite her. She also asked why she laughed when someone talked ill about Losliya in Instagram live session. “Losliya and Kavin has always been loyal and affectionate to you. remember they love you and you too love them back” the user said through her comment.

check out the screenshot of the users comment here :

To this comment, Reshma came up with a multiple replies saying that her social media accounts are being handled by PROs and not by her. Reshma, in her reply comment said that social media is not reality and asked the user to learn to live people in real life and to value them. “The bond we all share is divine. We all have been through so much but at the end of the day we all stuck by each other. That’s family.” the actress wrote who further said that she don’t even know whether they are following her as 90% of their handles are maintained by PROs. Reshma also said that their social media accounts are just for promotions and marketings. “Im clueless as to who followed or unfollowed. Stay safe spread positivity coz good karma always comes back.”

Check out the screenshot of her replies below :

Reshma won the hearts of Tamil tv audience for her natural behaviour in Bigg Boss house. She neither faked heself not backbited anyone. For her honesty, she even received a tag name “Neutral Reshma” during her Bigg Boss stint. Unfortunately she got eliminated from the show when Mugen nominated her.