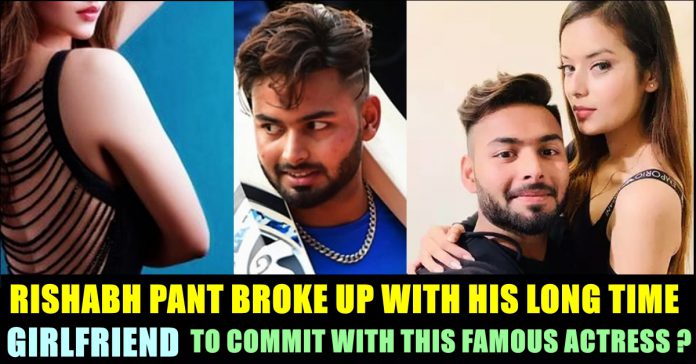 Not many days ago, Rishabh Pant, the 22 year old cricketer became the victim of severe troll for his performance in the national side. His entry into team India in the recent West Indies T-20 series is a controversial one as many fans of Indian cricket team wanted Kerala wicket-keeper batsman Sanju Samson to get an opportunity. Though he disappointed to elevate the successful opening gave by Rohit Sharma and KL rahul by getting out in the very second ball he faced, Indian skipper’s terrific knock helped team India to put a mammoth target of 240 in the decider.

Fans became extremely happy on Team India winning the series but it didn’t help Rishabh Pant from getting trolled by them. He became the subject of severe trolling due to his poor performance in T 20s. The twitter post of him celebrating the victory of team India added fuel to the trolling. Now the cricketer is again in the news for a wrong reason.

According to several media houses, Rishabh Pant is all set to be involved in a romantic relationship with a popular Bollywood actress Urvashi Rautela. The actress who is known for acting in Sanam Re (2016), Great Grand Masti (2016) and Hate Story 4 (2018) was already rumoured to be having a relationship with Hardik Pandya.

According to reports, Rishabh went to a late night dinner with the actress day before the third t-20 against west Indies. The buzz also says that the young cricketer parted ways with his long time girlfriend Isha Negi. Earlier in January, Rishabh had shared a picture on Instagram with his girlfriend Isha, soon after he had returned to India following a successful tour Down Under. But since then, nothing much has been heard about him and Isha.

In the old post Pant wrote “I just want to make you happy because you are the reason I am so happy ❤️“. Check out his post here :

As far s his cricketing career is concerned, It is notable that Virat Kohli let Rishabh Pant to play at one down position to prove himself. Despite his struggles to get going with the bat and the ordinary glovework, Pant has found the backing of the team management. However, a section of fans on social media have not been happy, especially when an in-form Sanju Samson is warming the benches.

We can also hear them chanting “Dhoni, Dhoni” when they see him exhibiting an ordinary glove work behind the stumps. What do you think on these activities of the young lad ?? Comment your views below !!