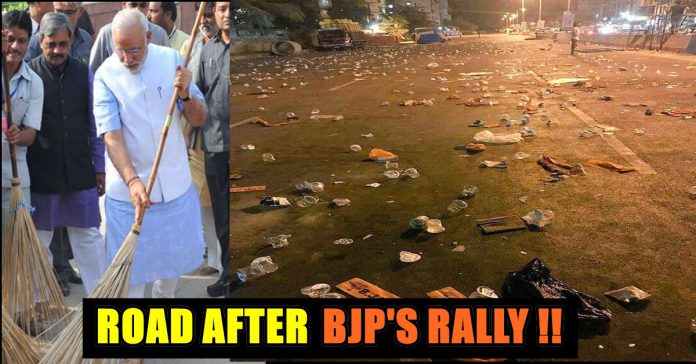 Election authorities have registered cases against representatives of the BJP and Shiv Sena for alleged violation of poll code during campaign rallies of Yogi Adityanath, Smriti Irani and Uddhav Thackeray in Palghar district.

The campaigning for the May 28 Palghar Lok Sabha by-poll, necessitated by the death of BJP MP Chintaman Wanaga, ended today. A release from the district administration said banners and flags were found to have been put up without permission during the Uttar Pradesh chief minister’s rally at Nalasopara on May 24.

A case was registered against local organisers under the Maharashtra Prevention of Defacement of Property Act and the Representation of the People (RP) Act.

Similarly, welcome arches were found to have been put up without permission at Dahanu, where Union minister Smriti Irani addressed a rally yesterday, the official release said. Also, on May 24, the Sena hadn’t allegedly taken permission for party chief Uddhav Thackeray’s rally, and a case was registered against the organisers.

Tulinj police in the district registered a case against BJP activists who allegedly bashed up officials when they were pulling down banners put up without permission on the same day. Meanwhile , the roads of Pulghar were filled with garbage after the rally which was captured and goes virally in social media. People exposed huge disappointment on the hypocrisy of BJP as they are campaigning Swachch Bharath on one hand and destroying the environment on other hand. Here’s the post and people’s opinion on it ,