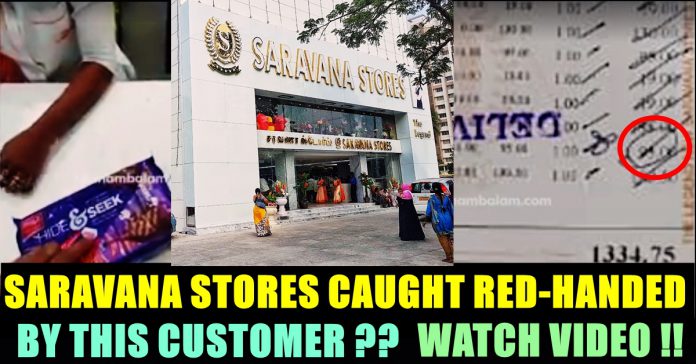 Saravana Stores is one of a popular shopping centre in and around Chennai and is also spreading its branch across Tamilnadu and currently planning to open stores nationally as well. It operates seven stores in Chennai, at T Nagar, Purasawalkam, Chrompet, Porur, Padi, Sholinganallur and Usman Road. The company has mega stores in Madurai, Tirunelveli and Coimbatore. In 2008, the company reported an annual turnover of about 6.50 billion rupees (200 million US dollars).

People who are living across the city rushes to their nearby Saravana Stores to do their purchase during festive times. Saravana stores is very much known among the consumers for the reasonable price for their products. Now to our shock, a complaint has been registered against the firm for selling a product for an unfair rate which is way more than its original price.

The video which was surfaced shows an youngster from Villivakkam named as Umar Farook arguing with Paadi Saravana Stores employees for selling a Hide and Seek biscuit packet for 95 Rs., original rate of which is only Rs.80. When the employees tried to console him by saying it is is because of the variation between offer and non-offer products, the youngster shows his bill which was scanned and proves them wrong. “How many customers could have bought it with this price. If you are cheating 15 rs. for a single product with single customer, how much money more of the public would have stolen ??” the customer raised question in the video.

This news created massive outrage and the video of Umar fighting with the employees of Saravana Stores is going viral.

What do you think on this issue between Umar Farook and Saravana Stores ?? Comment your views below !! 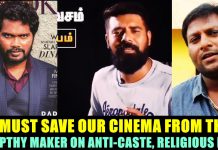 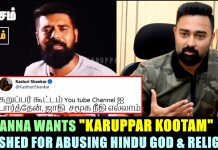