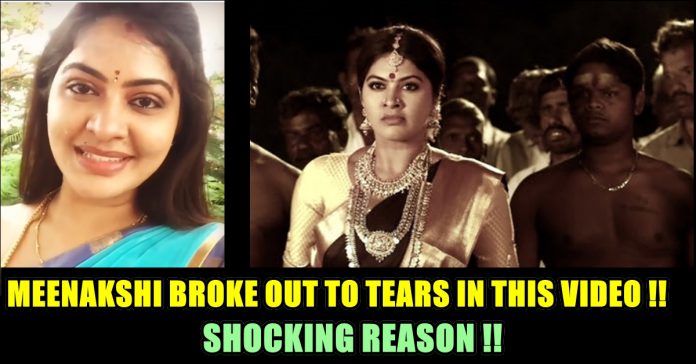 The endless Saravanan-Meenatchi serial is currently now on its 3rd or 4th season about which no one would have clue about even the regular viewers of it might use their fingers for a while to count and say on which season it was currently going on. The serial revolves around a plot based on the crew members recently watched movie. Suryavamsam, Aanantham, Baahubali are some of the films that are victimized by this hilarious serial. They will conduct game shows within the serial in the attempt of making the viewers engaged and will end up by finishing the episode incompletely. The characters of this serial are also not stable. They are frequently being changed by new artists and there are so many long absentees who made their presence in the initial stage of the serial and yet to make their re-entry. Even the cast for protagonist is changed atleast 3 times in the previous season. The sudden jumps of this serial’s genre will challenge the world class surrealistic filmmakers. The protagonist of this serial will get graduated without studying or attending any exams. To cover the the vast number of social media users the makers also made dubsmashers to act in their serial which left the regular family viewers in an awkward situation. The number of antagonists are uncountable and unpredictable. They turn into powerful evils with extra ordinary super power all of a sudden and kill any character which has no job in the serial anymore. Meanwhile a selfie video of Rachitha released in which she was seen crying with tears rolling down on her cheek. She says that she is permanently quitting saravanan Meenakshi forever.

What do you think on Rachitha qutting the serial comment below !!